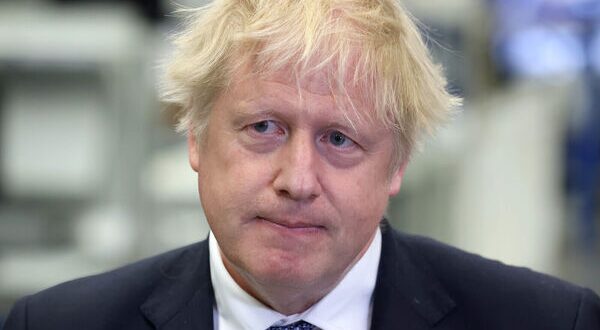 Instead of trying to cajole the Stormont parties ‘back to work’, Mr Johnson should be orchestrating talks with the EU to solve the Northern Ireland Protocol problem

What exactly was Boris Johnson doing in Belfast yesterday?

Prior to travelling to Northern Ireland, the British prime minister said he was going to the province to urge the political parties — only one of whom has prevented the establishment of a government at Stormont — to roll up their sleeves and get back to work in order to facilitate proper governance.

Johnson, who has an often-tenuous relationship with ‘the truth’ — see partygate, wallpapergate, Brexit spending, misleading England’s Queen Elizabeth, and his sacking as a journalist while working for The Times as examples of this — came to Northern Ireland full of his usual bluster and bluff.

And while he was doing so, it was widely speculated in the media that the backroom staff at Number 10 Downing St and his own Cabinet colleagues were preparing legislation, which may be unveiled as early as this morning, aimed at introducing law before Parliament allowing his government to ignore parts of the Northern Ireland Protocol.

That the protocol was a hard-fought element of the Brexit Treaty negotiated as part of an internationally binding agreement between the EU and Britain, and which was signed by Johnson and lauded by him as a “great deal”, seems of little consequence to the prime minister now.

His opinion that the planned protocol law is simply insurance in case talks between Britain and the EU fail seems frail at least.

Irrespective of the stance of those elected to serve at Stormont last week, it seems disingenuous of Johnson to speak this way when no substantive talks between his government and the EU have yet been organised.

Instead of trying to cajole the Stormont parties “back to work”, he should be orchestrating talks with the EU and solving this problem in the correct forum rather than papering over the cracks in a wall he has helped to build himself.

Post Views: 81
Previous ‘This game is up’: Serbia urged to take a stand on Ukraine’s war
Next Πώς φτάσαμε στο «αμερικανικό ειδύλλιο»