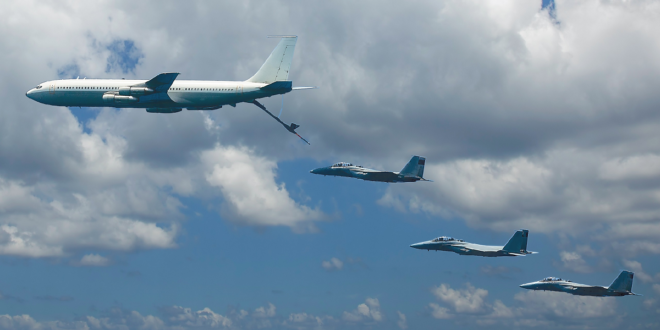 The US military will participate in a major Israeli drill later this month simulating an airstrike on Iran’s nuclear facilities, Israel’s Channel 13 reported on Tuesday. The drill, part of an exercise dubbed “Chariots of Fire,” will include the air-to-air refueling of Israeli fighter jets by US Air Force tanker planes as they simulate entering Iranian territory and carrying out repeated strikes.

The unprecedented collaboration in such as drill is seen as a message to Iran that a military alternative exists if the long-stalled nuclear negotiations in Vienna do not result in an agreement that puts meaningful limits on Iran’s nuclear program. Israel’s Kan TV News said dozens of Israeli fighter jets will take part in the exercise.

A similar major drill that Israel conducted 10 years ago, when it was reported to be on the verge of launching a real attack on Iran’s nuclear facilities, did not include US participation, the TV report said. Against the backdrop of this upcoming drill, Israeli Defense Minister Benny Gantz will meet with US Defense Secretary Lloyd Austin at the Pentagon in Washington on Thursday, and Gen. Michael Kurilla, head of the United States Central Command (CENTCOM), arrived in Israel on Tuesday for his first official visit. On Tuesday, Gantz warned that “the price for tackling the Iranian challenge on a global or regional level is higher than it was a year ago and lower than it will be in a year.”

The Israeli defense minister said Iran was just a “few weeks” away from amassing sufficient fissile material to build a bomb and was finishing the production and installation of 1,000 advanced centrifuges for enriching uranium.