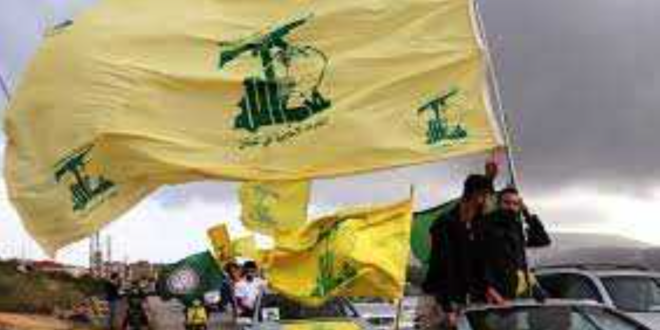 Will Hezbollah’s grip on Lebanon be weakened by Sunday’s elections?

Lebanon’s first elections since 2018 were held on Sunday, in a country beset by state mismanagement and endemic corruption, whose currency has lost 90% of its value and where 80% of the population lives in poverty. The results of the elections could determine whether the international community will provide Lebanon with the cash it sorely needs to survive, which are contingent on the country implementing a slew of legal and economic reforms. One of the most important decisions the long-suffering Lebanese people will have to make is whether they will elect enough reformers to challenge Iran-backed Hezbollah and its allies, thereby ending their stranglehold on the country’s antiquated sectarian system, in which seats are distributed according to confession.

At the time of writing this article, the results of the elections are not known but based on published polls and a variety of reports about trends in Lebanon, which in the past was a model for the Arab world but now is very close to being described as “a failed state,” attention is drawn to the following facts: Expatriate Lebanese who left the country since 2018 and number about 200,000, have already voted on May 8. As these people left Lebanon because they realized that the dire economic situation will not improve in the foreseeable future and that after the elections there could be a complete economic and security collapse, they are believed to have cast their vote overwhelmingly in favour of reformist candidates.

In addition to the economic collapse, the restrictions banks imposed on depositors, who are now allowed to withdraw only small amounts of money from their accounts, and the fact that electricity is supplied for only two to three hours a day, two major events have enraged ordinary people and convinced a lot of them that the current sectarian system cannot continue any longer. The first was the huge blast on 4 August 2020 at Beirut’s port, when hundreds of tons of ammonium nitrate negligently stored at the port for six years, exploded, killing 218 people, injuring more than 7,000, leaving about 300,000 people homeless and causing property damage exceeding 15 billion US dollars. So far nobody has been held accountable for the blast.

The second event was the drowning three weeks ago of six people, including a little girl, when Lebanese naval patrols tried to force an overloaded migrant boat with Lebanese and Syrian refugees to turn back. The captain made a dangerous manoeuvre that capsized the boat. The incident shows that some Lebanese are so desperate with the situation prevailing in their country that they risk their lives to get away and find a better future elsewhere. So far one thing is certain: The Sunni-dominated Future Movement Party, run by former Prime Minister Saad Hariri, which in the past had quite strong ties with Saudi Arabia and the United States will lose its representation in parliament due to Hariri’s personal decision to “suspend” his political career. The Future Movement party, which was strongly opposed to Hezbollah and demanded its disarmament, had 20 seats and was the largest Sunni parliamentary bloc in the country’s 128- seat parliament, equally distributed between Christians and Muslims.

Geagea can count on Saudi support in case he forms a government and promises to carry out negotiations with the International Monetary Fund and France to secure the necessary amount of money to revive the Lebanese economy. Hezbollah – the Iran-backed Shiite party designated as a terrorist organization by many Western governments – since 2016 has been the kingmaker in Lebanon as it controlled 71 seats in the parliament. Hezbollah presents itself as the only party of armed resistance to Israel defending Lebanon. Saad Hariri on several occasions had accused Hezbollah of using its weapons for intimidation and political leverage and he and other leaders demanded that it be disarmed also because of its involvement in the Syrian conflict on the side of Bashar al Asad. The demand to disarm Hezbollah was echoed last March by Gulf countries and was set as a condition for resolving their diplomatic crisis with Lebanon. However, the Lebanese Foreign Minister Abdallah Bou Habib had said that such a demand would lead to a civil war.

Hariri, who served as Prime Minister three times, announced his withdrawal from political life saying: “I’m convinced that there is no room in Lebanon for an opportunity in light of Iranian influence, international confusion, national division, sectarianism, and state weariness.” He also called the members of the Future Movement Party to abstain from voting. The party that may get at least some of Hariri’s Sunni votes will be the right-wing Lebanese Forces Party, of Samir Geagea, the Christian warlord at the time of the civil war (1975-90). After the blast at Beirut port, the party, which presents itself as a “Party for all Lebanese”, withdrew from the government.

David Daoud, the expert on Hezbollah of the Counter Extremism Project (CEP) stresses that the group’s influence within Lebanon is a critical factor that would undermine chances of genuine economic and governmental reform and says, “Through its continued possession of unregulated arms, Hezbollah dominates Lebanon’s decisions of war and peace… Hezbollah is not the singular cause of Lebanon’s dysfunction and economic collapse. The sources of that run much deeper. But the group is both a symptom of those maladies intrinsic to the Lebanese system as it is currently constituted and the primary impediment to remedying them…However, what is clear is that Lebanon cannot begin to recover until the group’s grip over the country is loosened.” Analysts point out that it is not likely that Sunday’s voting will bring meaningful change, as the numerous new candidates who are expected to get the “revenge vote” of the desperate Lebanese people have failed to form a coalition, and besides, lack the money and experience to defeat the existing parties. So, Lebanon may enter a new long period of paralysis before the various factions agree on a new power-sharing cabinet.