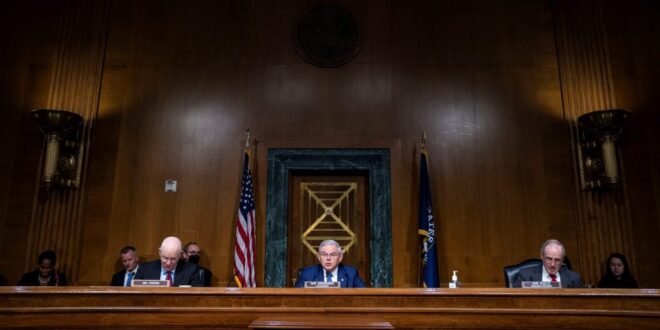 With the announcements that Finland and Sweden will apply for NATO membership, attention now turns to the existing members of the Alliance. Adding new members requires amending NATO’s founding treaty, which then needs to be ratified by each of its thirty members. Proponents within the Alliance—to say nothing of the two aspirant countries—will want that process to happen as fast as possible. The longer it drags on, the more opportunities exist for Russia to derail the expansion process by manipulating public opinion, engaging in petro-coercion, or increasing its military threats.

But could the US Senate, which must provide its advice and consent for any new or amended treaty, imperil the process?

If history is any guide, the Senate will overwhelmingly support adding Finland and Sweden to NATO (certainly by more than the two-thirds required by the Constitution). That was the case in 1998, when senators supported membership for the Czech Republic, Hungary, and Poland by an 80-19 vote; in 2003, when senators unanimously welcomed Bulgaria, Estonia, Latvia, Lithuania, Romania, Slovakia, and Slovenia by a 96-0 vote; in 2008, when senators admitted Albania and Croatia by voice vote; and in 2017 and 2019, when it approved Montenegro and Northern Macedonia, respectively, to join the Alliance with only two dissenting votes each time.

The more interesting question is how long it will take the Senate to provide its advice and consent—and here the record does not bode well. The amended treaty is likely to be signed in the next few weeks, perhaps even before the NATO Summit at the end of June. That means the Senate, which is typically in recess during August, would need to hold hearings and vote in June and July, September and October, or wait until a lame duck session after the midterm elections. The fastest enlargement process, in 2003, took a month and a half from the NATO signing ceremony to final Senate passage. Other rounds took much longer: The 1998 round took more than four months, while the 2017 and 2019 enlargements took more than ten and eight months, respectively. The war in Ukraine could certainly speed up the process, but do not be surprised if the Senate process drags into the fall.

Another question is whether senators will condition their votes on changes in administration policy. In 1997, for example, Republican Sen. Jesse Helms withheld support for the Chemical Weapons Convention until the Clinton administration agreed to abolish the Arms Control and Disarmament Agency and the US Information Agency.

Senators can also use more subtle means to change policy. In providing treaty advice and consent, senators pass what is called a ratification document that affirms that Washington will abide by the treaty’s terms. Senators can add all sorts of reservations, understandings, and conditions to that document. For example, senators have specified that arms-control treaties do not limit US missile-defense capabilities.

Nothing in the Constitution or US law requires that these reservations, understandings, or conditions be limited to the treaty itself. That means senators can add clauses requiring executive-branch reports to Congress on unrelated foreign-policy issues, prohibitions on certain kinds of executive-branch behavior, or administration acceptance of a senator’s foreign-policy initiative. For instance, senators included provisions on Nazi war crimes and unrelated prisoner-of-war issues in the 1998 NATO enlargement document. And a document addressing the 1988 Intermediate-Range Nuclear Forces treaty specified the allowable parameters of future conventional arms control and human-rights agreements with the Soviet Union.

The record demonstrates that the chamber is more likely to add (perhaps unrelated) conditions to treaties dealing with important security issues such as NATO membership when the United States lacks a foreign-policy consensus, or when it is facing few international threats. Given the war in Ukraine, expanding NATO would seem to qualify as an important issue and one on which there is near-consensus on the Russian threat and NATO’s role in deterring it. This suggests that we will see conditions added to the NATO enlargement ratification document, but not the dozens that have been added to other security treaties. The fewer the conditions, the faster will be the Senate debate.

Still, ultra-partisan senators tend to insert non-germane conditions and significant reporting requirements on any number of issues into treaty ratification documents—something we can expect from today’s polarized Senate. That slows the process.

The Senate debate over NATO’s enlargement is likely to yield a positive result. But the question is how long that debate will take and what conditions senators may levy on the administration in exchange for their votes.

Senators have a responsibility to fully vet potential Alliance members before giving advice and consent. But with an ongoing war in Europe, now is not the time to debate for the sake of debating, or to needlessly complicate a relatively straightforward question: Will the United States and Europe be safer with Finland and Sweden in the Alliance? The answer is yes.