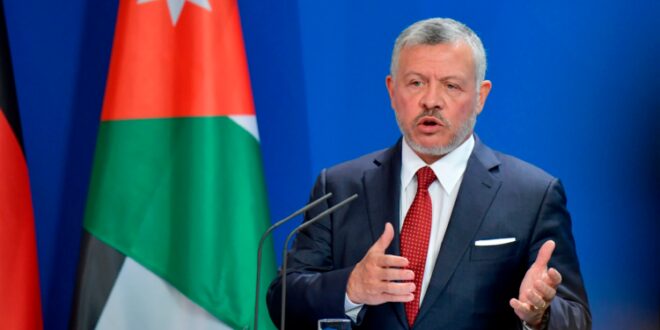 King Abdullah II warned that Iran and its proxies may fill a vacuum left by Russia in southern Syria, according to North Press.

Jordan’s King Abdullah II warned on Wednesday that Iran and its proxies may fill a vacuum left by Russia in southern Syria which could lead to issues along Jordan’s borders.

During an interview on Wednesday at the Hoover Institution at Stanford University, the Jordanian king stressed that Russia’s presence in southern Syria was a “source of calm”.

The king stated that “We do have security challenges. We are seeing border attacks on a regular basis and we know who is behind that.”

“Unfortunately we are looking at maybe an escalation of problems on our borders,” he stressed.

According to recent unconfirmed reports, Russia is withdrawing its forces from Syria to reinforce its military presence in Ukraine.

Russia plays a key role in the Syrian civil war, as it is the main ally of the Syrian president Bashar al-Assad.

Russia joined Assad in his war against the opposition in 2015 and has strong and deep political and military power in the country.