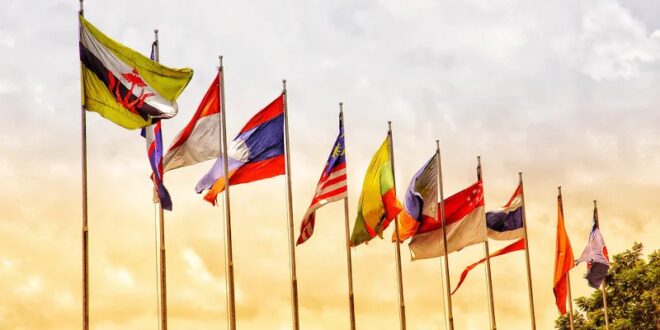 In 2022, there will be great interest in Asia’s summit season because of Russia’s invasion of Ukraine. The annual East Asia Summit, ASEAN and APEC meetings always attract attention due to the proximity of many world leaders, but the less glamorous work of the multilateral mechanisms goes on throughout the year in efforts to drive cooperation as well as to prepare for the jamborees at the year’s end.

Russia is a resident power in Asia and is a member of all the key bodies that constitute the region’s multilateral architecture. It became an ASEAN dialogue partner in 1996, joined APEC as part of its final expansion in 1998, is a member of the ASEAN Regional Forum and Asian Defence Ministers Meeting plus process and in 2011 acceded to the East Asia Summit along with the United States. However, interest in regional affairs and participation in these processed has waxed and waned over time.

Since its invasion of Ukraine, relations with Russia have divided the region. While the United States, Australia and Japan have been at the forefront of countries opposing Russia, others have more mixed views. Indonesia and India have distanced themselves from the position taken by the United States — to some consternation by elites in Washington — along with most Southeast Asian states who have decried conflict without naming or blaming Russia.

Most visibly of all, China has sought to position itself as neither critic nor supporter, while in some of its actions it has bolstered Russia and shows no sign of shifting its position in the face of Western criticism.

Given that the institutions that constitute the region’s multilateral architecture rest on strong norms of consensus, how will division on such a significant issue affect them and the role they play in an increasingly fractious regional order?

As none of these mechanisms have the binding legal obligations required by the European Union or the WTO — where there are commitments they occur through treaties — there is an absence of formal steps to force members’ hands. Equally, none of the groupings have the means to prevent the participation of a member in the gatherings and broader operations.

The only way to stop Russia from taking part in the East Asia Summit in Phnom Penh or the APEC leaders’ summit in Bangkok would be through political means and would require unanimity of all other members. As most of the participants prioritise their relations with Moscow, it is safe to assume that Russia will be able to take part — should it choose to do so.

While in the past Russia has had an uneven engagement with Asia’s institutions, it seems likely that Moscow will make a point of attending this year as part of its efforts to affirm that its actions in Ukraine are legitimate and should have no consequences for its participation in international society.

But Russia taking part could cause a damaging rift within the membership, as the United States, Australia, Japan and others would aim to block Russia, and failing that might downgrade or withdraw their own participation altogether. For bodies that prioritise inclusivity and consensus, and put a premium on keeping the expression of differences private, this would be highly damaging. That is why ASEAN members will try to narrow the gaps between the non-ASEAN members as much as possible and stage a summit season as normal.

The invasion of Ukraine is unlikely to be resolved swiftly, and because the United States and many of its allies have cast the conflict in stark ideological terms, it is difficult to see the kind of complex diplomacy needed to reconcile Russia, China and the United States coming to pass.

One hope might be that Russia would choose to reduce its presence, voluntarily paving the way for a more acceptable set of diplomatic optics. That seems unlikely, because it would imply some kind of constraint on its own capacity, or indeed, culpability, for its actions. Equally, Russian President Vladimir Putin may find it hard to resist the opportunity to irritate the United States and its allies by diplomatic glad handing with supporters and fellow-travellers in the region.

Asia’s multilateral architecture was already struggling to cope with the return of great power rivalry and internal divisions among members about the role and function of regional cooperation was becoming more visible. Russia’s invasion of Ukraine has revealed that Asian states have much more diverse interests than many had been prepared to recognise. As a result, the institutional mechanisms that comprise the architecture are likely to be further weakened, in turn reducing their appeal to members and contributing to a downward spiral that will be difficult to redress.

While 2022 has become the year that war returned to Europe, it may also be the year that Asian states’ efforts to create inclusive and outward looking means of managing the region were finally recognised as not up to the task in contested Asia.

Post Views: 66
Previous Putin’s Regime Is Bad: What Comes After Could Be Worse
Next Iran Revolutionary Guard colonel is shot dead in Tehran