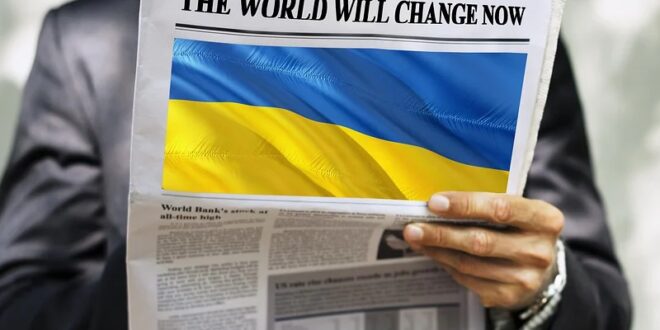 Just as the world appeared to be on its way out of the health crisis caused by the pandemic, with societies returning to normalcy, the Russian invasion of Ukraine dashed all hopes of the world getting better again (and lately, COVID-19 has been resurging as well). This war is set to have devastating worldwide consequences, adding a new layer of turmoil to what the world has been through for the last two years. The pandemic and associated problems made Russia’s invasion of Ukraine possible in the first place. Would Putin have carried out this invasion back in 2019 or 2018, when world’s leaders weren’t drowning in problems that compromised their ability to respond in a unified manner?

The war in Ukraine is breeding economic havoc and geopolitical instability, and needless to mention, the two feed each other. Knock-on effects should be expected of Europe’s biggest war since World War 2. WW2 itself was a full-blown domino effect in which Hitler’s invasion of Poland escalated until all the world’s powers were engaged in total war with each other across the globe. Putin’s invasion of Ukraine is unlikely to lead to the same outcome (if it did, a nuclear holocaust would likely result), but in a highly globalized (and pandemic-ravaged) world, all sorts of other negative impacts are possible.

Russia, one of the most powerful countries in the world and Europe’s largest land mass, invading Europe’s second largest country is inevitably making the world more insecure and consequently more militarized. The energy and food crises caused by the war and sanctions against Russia will make life much harder for billions of people. Even the COVID-19 pandemic may be exacerbated. There is no way the world will lock itself down again while struggling with the fallout of the Ukraine-Russia war, and the warzone itself may become a huge coronavirus breeding ground as 44 million Ukrainians flee to other countries, gather in bomb shelters and refugee camps, and struggle to get by.

What we should be concerned about foremost is that the Russian invasion can act as both a guide and a trendsetter, making wars of aggression more acceptable and offering lessons on how to manage them. Leaders are now less likely to be deterred in implementing their aggressive designs against another nation if they see a lackluster response to the Russian aggression within the collective security regime. China, for instance, is getting the message that the West will not be willing to respond to Chinese invasion of Taiwan with anything more than economic sanctions, which is unworkable as China is the world’s biggest economy. Taking advantage of the global preoccupation with the war in Ukraine, another nation can start a war of its own, anticipating limited or no international blowback. Notice how tensions between Israel and Iran have risen sharply. There has been a perturbing event recently between India and Pakistan, two nuclear armed enemies. India fired an ‘unannounced’ missile into Pakistani territory on March 9, and later declared it was an accident. The missile was a nuclear-capable warhead, and such systems are safeguarded by layers of security, which makes accidents highly unlikely. Pakistan suspects Indians may have been testing Pakistan’s readiness to respond.

The feeling of insecurity caused by Russia’s invasion of Ukraine is prompting countries to militarize, causing a rise in military spending, which can be devastating during a time nation states have to tend to other new and pressing needs such as climate security and healthcare. It will fuel an arms race all across the globe. There will be a domino effect of massive militarization.

We also must bear in mind that the sanctions imposed by the world’s rich countries may drive Russia to find new friends elsewhere. Russia might carve out for itself a new role on the world stage in which it supports any nation that is at odds with the US-led international order.

International sanctions are a regular phenomenon, but have previously been used only against poor and marginal countries like Iran, Iraq or Venezuela (also apartheid-era South Africa, though the latter didn’t have such an imposing economy on the world stage). But sanctioning a country like Russia is fraught with multiple blow backs. Russia’s economic importance means the rest of the world will suffer as well. Europe will, in no less measure, suffer particularly from a massive spike in oil and gas prices, as fossil fuels are Russia’s main export and Europe is heavily reliant on Russia for energy. Ukraine’s economy is being utterly devastated. Because Ukraine is a major breadbasket, its devastation is leading to grain shortages and a spike in food prices globally.

Arms race is fueled by oil and gas, the primary means of industrial productivity. Sanctioning Russia bears negative consequences for European industrial output. It will make Europe more dependent on the US for military hardware while sanctioning Russian gas will make them more reliant on US’ shale gas. What will such dependence entail for European Union’s economic future? EU is the greatest pan-European peace-building experiment in history.

It seems, while the economic fallout of the war primarily impacts productivity in Europe, it will impact consumption in developing world, especially when it comes to food shortages. While Europe faces a humanitarian situation from the influx of millions of refugees from Ukraine, the developing world will be faced with a greater humanitarian crisis of its own caused by grain shortages resulting from devastation of Ukraine, one of the world’s biggest bread baskets. And that could lead to other upheavals. The last time there was a worldwide spike in food prices, it resulted in the Middle Eastern uprising called the ‘Arab Spring’ as hungry and angry masses started agitating against their rulers. What will today’s food crisis lead to in a world already facing catastrophe upon catastrophe?

It is time to brace ourselves, for the world is heading into yet another abyss.

Post Views: 104
Previous Spain’s Policy Shift On Western Sahara
Next Putin’s Regime Is Bad: What Comes After Could Be Worse