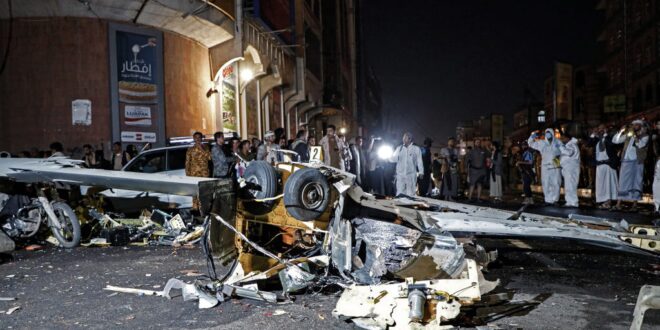 At least three people were killed and several injured in Yemen’s capital, Sanaa, when an armed drone crashed in a commercial neighborhood. The drone belonging to the Saudi-led coalition in support of the internationally recognized government of Yemen crashed in the busy civilian area after it was downed by the Houthis’ air defense system.

The drone belonging to the Saudi air force was armed with a surface-to-air missile, according to the Houthis, Al Jazeera reported. It landed near the Yemen Mall shopping center, Reuters reported. Monday’s incident comes as the Houthis have said that they are considering a request by the United Nations to extend a two-month truce, which expires on June 2. It is the first nationwide cease-fire in six years in the country’s long-running civil war, which has been called one of the world’s largest humanitarian crises.

Post Views: 60
Previous Egypt’s National Dialogue unlikely to include Muslim Brotherhood
Next Why We Must Resist Geoeconomic Fragmentation, And How