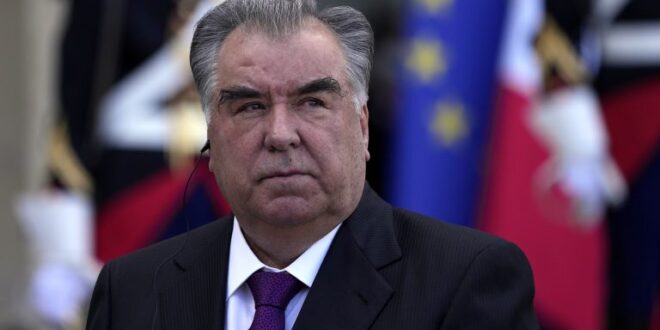 The hostile relationship with the Taliban is a function, in part, of Tajikistan’s longstanding support for Afghan Tajiks and other opponents of the Taliban regime.

Leaders in Dushanbe are concerned that the invasion of Ukraine renders Moscow less able to protect Tajikistan, including from the threats emanating from Afghanistan.

Iran and Tajikistan, sharing concerns about Taliban rule, are expanding their security ties.

Among the Central Asian countries that were part of the former Soviet Union, Tajikistan has been the most adversely affected by the Taliban’s return to power in Afghanistan in August 2021. Tajikistan’s citizens share strong ethnic and cultural bonds with Afghan Tajiks, who comprise about 25% of the Afghan population and whose leaders were ousted from the previous government when the Taliban swept back into power in Kabul. Dushanbe openly opposed the Taliban’s return to power in Kabul—as it opposed the Taliban’s first regime during 1996-2001—and it has not established ties with the Taliban-led government. President Emomali Rahmon has repeatedly called on the Taliban to form an inclusive government in Kabul that includes ethnic Tajiks. Some Afghan Tajik leaders have taken refuge in Dushanbe, while others remain in their main redoubt in the Panjshir Valley; with some support from Tajikistan, Afghan Tajik opposition leaders in the Valley and in some neighboring provinces are attempting to expand a small armed insurrection against Taliban rule.

Tensions between the two neighbors have been escalating since the Taliban takeover last summer. Apparently wary of Tajikistan’s support for Afghan Tajik factions, the Taliban has deployed to the Afghanistan-Tajikistan border not only its own militiamen but also fighters from Jamaat Ansarullah, a Tajik Islamist militant group opposed to the government in Dushanbe. During its years of opposition to the previous government in Kabul, the Taliban sheltered and even embedded members of that group in its own ranks. Other Tajik militants residing in Afghanistan are members of the Islamic State Khorasan (IS-K), which is composed mostly of ethnic Pashtuns but welcomes members of other ethnicities in the interests of strengthening its capabilities. IS-K, an internationally designated terrorist group, is a rival of the Taliban, and its attacks inside Afghanistan and across the borders seek to demonstrate that the Taliban cannot secure the country. On May 7, IS-K claimed that it had fired rockets at unspecified targets inside Tajikistan from the northern Afghan province of Takhar; that followed a similar IS-K attack on the Uzbek border city of Termez, launched from the neighboring Afghan province of Balkh on April 18. On May 10, the Taliban seemed willing to escalate tensions with Tajikistan by closing its border crossing to at least 100 Tajik truck drivers attempting to return to Tajikistan after delivering cargo to Afghanistan, and allegedly seizing some of their vehicles.

The threat from the Taliban, IS-K, and Afghanistan-based Tajik militants has led Dushanbe to try to consolidate its security ties with powerful neighbors. Since the collapse of the Soviet Union, Tajikistan has remained dependent on Russia for its security; the country hosts three bases for about 7,000 Russian forces, the core of which is Moscow’s 201st Motorized Rifle Division. In January, Tajik President Emomali Rahmon urged the Collective Security Treaty Organization (CSTO), the Moscow-led security pact that includes several Central Asian states as well as Belarus and Armenia, to create a security belt around Afghanistan. To justify the request, Dushanbe claimed that there were more than 40 terrorist camps with about 6,000 militants in northeastern Afghanistan. However, neither Moscow nor its Central Asian partners undertook any major new steps to help secure Tajikistan from Taliban-related threats. Tajikistan’s President Rahmon has appealed to Russian President Vladimir Putin to mediate a reduction of tensions between Kabul and Dushanbe, but he is concerned that Moscow is distracted by its losses and setbacks in Ukraine. Tajikistan worries that Moscow might move some of its Tajikistan-based forces to the Ukraine battlefield; Russia reportedly has already redeployed to Ukraine some regular and contract (i.e. Wagner Group) forces from Syria and Libya.

To try to diversify its security alliances in light of Russia’s all-consuming war on Ukraine, Tajikistan has sought to expand ties to its fellow Persian-speaking neighbor, Iran. Tehran and Dushanbe share their assessment of the Taliban as a significant threat, and both countries have a history of supporting Afghan Tajiks against the group. Forces from the Taliban and Iranian border forces have clashed in recent months. Tajikistan has a healthy respect for Tehran’s growing strategic capabilities, including the missile and armed drone force that Tehran has used to significant effect against Saudi Arabia and other adversaries, launched both directly and by Iranian allies. On May 17, Iran and Tajikistan sought to send a clear message to the Taliban, as well as to other regional adversaries of Tehran, when the Chief of Staff of the Iranian Armed Forces Major Gen. Mohammad Hossein Baqeri visited Dushanbe to inaugurate a factory manufacturing Iran’s Ababil-2 military drones. Iranian media pointedly portrayed the drone factory as the core of an expanded bilateral security relationship between Iran and Tajikistan by stating: “the production of Iranian Ababil-2 UAVs [unmanned aerial vehicles] in Tajikistan is considered as part of plans for the expansion of military and defense cooperation between the two Persian-speaking nations.” Iran and Tajikistan hope that their expanding partnership motivates the Taliban to make every effort possible to prevent militants from conducting attacks across Afghanistan’s borders. However, the Taliban might react to Iran and Afghanistan by cracking down on all ethnic Tajiks within Afghanistan’s borders—a response that would surely escalate tensions between Kabul, Tehran, and Dushanbe.