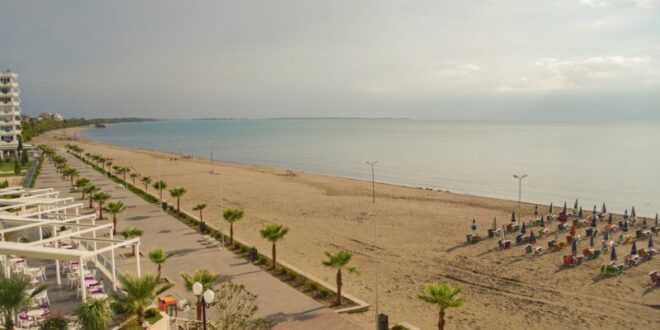 Afghan refugees staying in the Albanian coastal city of Shengjin until their visas for the US and other countries are processed say they are facing eviction, having their passports confiscated, and that many of the NGOs that were helping them have left.

After western troops pulled out of Kabul in the summer 2021 and the Taliban took control, thousands of Afghans fled the country. Albania was one of a handful of countries that stepped up to welcome several thousand refugees, providing them shelter, food, and aid.

Thousands were placed into hotels in coastal resorts where they created their own communities and even Afghan restaurants.

But almost nine months after their arrival, their welcome appears to have lost some of its warmth.

Documents provided to Exit by legal representatives of some refugees, show that many of the refugees are now facing eviction.

One document, sent by the Afghan Rescue Project (ARP)- a group of current and former US military officers working with the support of the US government- describes how there are “currently difficulties with your housing”.

It states that the Albanian government negotiated a contract with the Rafaelo Resort for the group’s accommodation at the cost of EUR 400,000 a month for some 370 people with a 20% tax the government claimed they could not waive.

“To date, ARP donors have spent over $2 million dollars (over $5000 per person) to support you. To be clear, we are in this situation because what we were told about US government support and timelines has not been fulfilled,” a letter reads.

They state they thought they could fund accommodation costs for the group until their visas were fulfilled, but money has run out as they are still not completed.

“The delays paired with the attention the war in Ukraine is receiving has caused us major fundraising issues,” the letter states.

ARP said they asked the State Department to help cover costs, but were refused.

As a result, ARP said that Rafaelo had started confiscating some refugees’ passports. Afghans at the resort told EURACTIV’s media partner Exit that management said “they can only have their passports back once the bill is paid.”

Another document, written by a sponsor of the group and sent to US government officials, and seen by Exit, states that the reason behind the eviction is also the start of the tourist season.

“As you know, the tourist season on the coast is now beginning, and concerns have been raised that evacuees have been staying there far longer than anticipated,” it reads.

It continues that funds are no longer available from the NGO agencies to cover the housing of some 370 people with “the recent communication suggesting that they may face eviction, becoming homeless, or worse, facing deportation.”

Exit spoke to M, a member of the group, who confirmed the contents of both letters while asking their name be kept confidential as they still have family in Afghanistan and fear for their safety.

“Tomorrow or the day after tomorrow, we will leave Rafaeolo because the hotel don’t want us to stay here anymore. We don’t know where we will go,” they said, adding that they hope ARP will help them.

“In eight months [since they arrived in Albania] we just received our three-month stipend and most times we cannot afford to buy our medicine.”

Furthermore, support from NGOs on the ground has dwindled significantly.

“There are no NGOs here. They left for Ukraine. The Albanian government does not give us anything,” they told Exit.

The families are grateful to ARP who they say have done all they can to help them, but they implore the authorities involved to find a solution.

Exit contacted NGOs that had been working on the ground, including NED, Vital Voices, Red Cross, World Vision, and IRI, to ask if they were still working to supply aid to families in Shengjin, but no response was received.

A spokesperson for the Albanian Ministry of Foreign Affairs said “No, there is no eviction. There is always movement of individuals and families or groups thinking of different accommodation plans which is the right of the orgnisations, but to date, there has been no eviction from any hotel.”

Despite denials, Afghans protested against their imminent eviction outside the hotel on Wednesday night.

Exit visited the hotels where Afghan refugees were staying in December 2021. Many of those interviewed spoke of depression and anxiety due to not knowing what would happen to them.

For some, nothing has improved in six months.