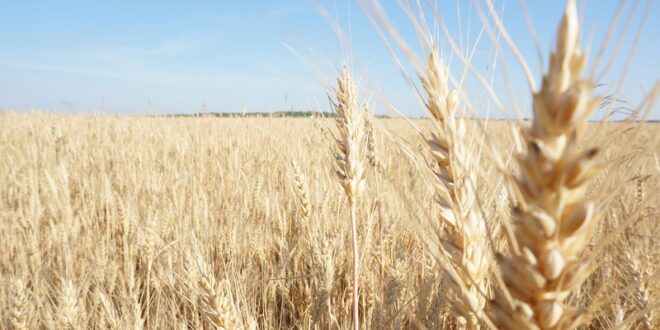 As diplomatic moves continue to shape the future of grain exports from Ukraine’s Black Sea and Russia’s Sea of Azov ports as a result of Moscow’s aggression, the outcome of attempts to “rewire” worldwide grain transport logistics is complicating the international geoeconomic environment by inducing food security problems.

The conflict between the world’s two main grain producers and exporters, which broke out in February, is roiling global grain markets and stirring fears of a global food crisis. Several African countries, such as Egypt and Somalia, heavily depend on these grains.

Black Sea and Sea of Azov port operations and agriculture throughput are not new in terms of so-called ground-to-mouth trading patterns. But now there is a lot of discussion about how to get wheat products to market during the ongoing war in Eastern Europe. How is this all going to work to get the product to market? How do food products, shipping and insurance all work together now?

It seems that Turkey and Russia are negotiating the point of dividing responsibility for agricultural shipments from the Black Sea and Sea of Azov ports. Russian Foreign Minister Sergey Lavrov is to visit Turkey on June 8, accompanied by a military/naval team, in a bid to advance plans to unblock grain exports from Ukraine, which have been obstructed by the Russian war. They hope to open a security corridor that also covers shipments of wheat.

Ankara is offering its services in this regard at a critical time: Not only as a NATO member but also as a Russian interlocutor on key conflict zones around the Middle East and North Africa and Caucasus regions. There is deep interest in what the price for this help might be. Increasingly, it seems the cost is likely to involve Turkish President Recep Tayyip Erdogan’s announcement of a new military operation in Syria to create a wide and enforceable demilitarized zone, so that Ankara can begin returning Syrian refugees to northern parts of the country.

Bilateral talks aimed at finding ways to lift the blockade of Ukraine’s grain ports have improved sentiments. Russian President Vladimir Putin on Monday said Russia was ready to facilitate the unhindered export of grain from Ukrainian ports in coordination with Turkey. These remarks were made after Putin told the leaders of Germany and France that Russia was willing to discuss ways to resume Ukrainian grain shipments in the coming week.

Putin had hoped that unlocking Ukrainian grain exports would see some sanctions on Russia lifted, but he may have to walk that back a bit because Turkey is likely to assist in shipping grain from Kherson, which is under Russian control for now. It is clear that Ankara’s move may legitimize Moscow’s hold on the Black Sea region due to its coordination with the Turkish president’s office.

Observers recognize that the war has also disrupted wheat planting in Ukraine, which is going to impact the next harvest. The winter wheat harvest in Ukraine-controlled areas is expected to reach 20.1 million tons in 2022, down from about 32.2 million tons for the overall wheat crop in 2021. Russia’s predicted growth in grain production is more than triple that of Ukraine so, as time goes by, grain shipment requirements are likely to become more permanent, given the probable longevity of the conflict. Moscow is thinking long-term on food security issues and plans to use regional partners to distribute its grain.

Specific countries are now taking key measures to safeguard their grain security. India, for example, has received requests for the supply of more than 1.5 million tons of wheat from several countries that need to find an alternate source to Ukraine and Russia. However, the South Asian country has banned private exports of wheat. Meanwhile, in the EU, sunflower seed, corn, wheat, soybean and soymeal futures contracts are increasing in price and net sellers of soy oil are beginning to face interruptions in supply.

The holding of the fifth joint Russia-GCC ministerial meeting in Riyadh on Wednesday may provide some remedies for the unlocking of grain traffic. It is notable that the conference took place a week before the Turkish-Russian meeting about naval escort patrols for wheat shipments. Moreover, coordination between Moscow and the Arab states on opening ports and shipping wheat appears to be part of the ongoing policy planning cycle. Arab shipping companies may be able to help out with shipping foodstuffs, but the Europeans are likely to get quite upset at what will be seen as the region siding with Putin’s Russia.

To be sure, American and European unity on the issue of enforcing Russian sanctions is difficult. Ukraine has already made Romania an output route. Meanwhile, Turkey and Russia appear to be moving toward a negotiation, supported by Arab allies, to rework grain output and its logistics in a safe manner through naval convoys.

Overall, the violent warfare in this key breadbasket is rearranging global food supply and wheat delivery. Accusations that Russia is using food as a weapon may be valid, but that is a Western argument that flies in the face of Eastern interests and requirements. The restructuring of wheat supply deliveries echoes the already deepening energy divide.