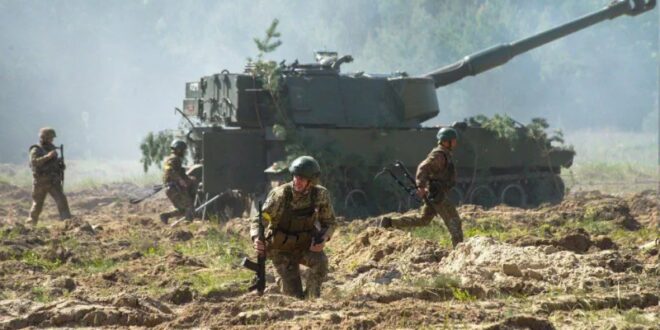 Norway and Spain are among the few countries that have flown below the radar with their support to Ukraine. Without any drama and unnecessary bureaucracy, Norway has donated some M109A3GN 155mm tracked self-propelled howitzers and is currently used by the Ukrainian forces. Spain is also doing its part by stating that it is ready to send Leopard battle tanks and anti-aircraft missiles to Ukraine.

Around late April and early on in May, it was rumored that the Norwegian Government would donate and deliver 20 M109A3GN 155mm tracked self-propelled howitzers to Ukraine. Before this, Norway had donated some $285 million (€267 million) to Ukraine primarily for humanitarian purposes and military equipment last February 28th. Specifically, it donated some 10,000 sleeping pads, 1,500 bullet-proof vests, 5,000 helmets, 2,000 sleeping bags, and 15,000 field rations.

In terms of weapons, it has delivered 4,000 M72 LAW anti-tank rockets and the 100 Mistral air defense missiles to help them repel the Russian advance. SOFREP’s Guy McCardle reported on these Norwegian missiles being used in Ukraine.

McCardle wrote a piece on the Mistral air defense systems being mounted on some Fiat Fullback 4×4 pickup trucks, donated to them by the Come Back Alive Foundation. It was reported that some 20 Russian UAVs worth some $20 million were taken down by these Mistrals, but these were not verified by independent sources.