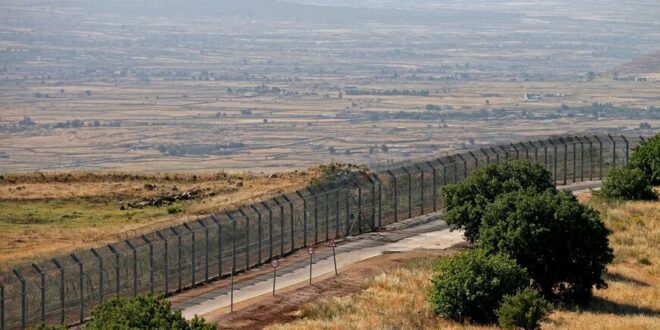 According to foreign reports, Israel is increasing its offensive activities in Syria against Iran-related targets.

With negotiations on Iran’s nuclear program stalled and the world’s attention focused on the Russian invasion of Ukraine, Israel appears to be intensifying its military activity in Syria. According to foreign news reports, Israel has not only upped the pace of its strikes on Iranian-linked targets there but has also improved their quality, hitting the Damascus international airport several times in recent weeks and disrupting its operations.

Israel has been waging its “war between the wars” with Iran over the past decade at various degrees of intensity. They are reportedly intended to prevent the transfer of Iranian weaponry to its Lebanese proxy, Hezbollah. Apparently in order to avoid embarrassing the Syrian regime and forestall its motivation to retaliate, Israel has not assumed public responsibility for these activities, except in unusual cases in which it felt it necessary to do so.

Israel has been conducting its campaign against Iran’s weapons supplies to Hezbollah on land, sea and in the air. According to foreign press reports, Israel occasionally bombs truck convoys making their way to Lebanon through central Syria and even close to its border with Iraq. The Israeli navy also reportedly operates in the Red Sea to intercept such shipments, and several strikes on the Syrian port of Latakia have been attributed to Israeli forces.

Iran has been seeking alternative supply routes, especially to transfer components for Hezbollah’s so-called precision missile project. The project is of great concern to Israel because of its potential to turn some of the thousands of rockets in the group’s arsenals into precise projectiles capable of direct hits on the Israeli heartland during a future war, paralyzing critical infrastructure.

These low-grade rockets are being reconfigured by equipping them with satellite-guided navigation systems. These components are very small and easily camouflaged as luggage on regular passenger flights from Iran to Syria. Israeli officials believe that Iran has begun delivering them not only directly to Syria from Iran but also through a European country.

Recent satellite imagery suggests that Israel has bombed the Damascus airport at least twice, once last month and again on June 10, causing considerable damage and halting its operations.

Syria’s Ministry of Transportation announced that the airport would be closed until June 20 for what is described as technical work. Some flights to Damascus have been diverted to the Aleppo airport in northern Syria.

Alleged Israeli attacks on an international airport are very rare, likely attesting to the great importance Israel attaches to foiling the missile component deliveries. These attacks are presumably mostly a warning to the Syrian regime that if these deliveries continue, its main airport could be taken out of commission for much longer.

A few months ago, Israeli officials described Syrian President Bashar al-Assad as grateful to Iran for its tremendous help to his regime during the civil war, but not pleased with Iran’s continued presence in his country. According to this assessment, Assad might not be displeased with Israel’s offensive activity on Syrian soil and may have chosen to look the other way.

These security officials may have been right about Assad, but as far as we know, no concrete Syrian action has been discerned to suggest he’s trying to limit the Iranian presence. The airport bombing could conceivably have been designed to at least encourage him to adopt a more proactive posture against Iran’s use of Syria and its infrastructure.

At the same time, Israel’s hopes that tensions between Moscow and Tehran over control of Syria will edge out the Iranians appear to have been dashed by the war in Ukraine, which has been the main focus of Russia’s attention since its February invasion.

Some Israeli assessments have suggested that Russia might even draw down its forces in Syria to beef up its invasion forces in Ukraine, but Moscow has not been making any dramatic changes to its deployment in Syria. Recent reports have even pointed to growing friction between Israel and Russia, as reflected in a surface-to-air missile fired in Mid-May from a Russian S-300 air defense battery during one of the attacks attributed to Israel.

Israel’s great concern that tensions with Moscow will result in Russian efforts to curtail its air force operations was one of the main reasons it avoided joining the United States and its allies in their harsh condemnations of the Ukraine invasion. Under growing international and domestic pressure, Israel eventually condemned the invasion, albeit it in understated language, and has sent civilian and humanitarian aid.

Moscow’s displeasure with even this relatively restrained Israeli response has been affecting Israel’s northern front. Following the attack on the Damascus airport, Moscow issued a condemnation that attributed the operation to Israel. The Foreign Ministry went as far as to label the strike “a vicious practice” and “irresponsible action” endangering innocent lives.

Ultimately, this all supports the picture that Israel remains alone in the arena against Iran. Still, Israel does not intend to cut back its efforts to stop the deliveries to Hezbollah. It is encouraged by its relative freedom to act in Syria by the stalled negotiations on an agreement curbing Iran’s nuclear program and by the world’s focus on Russia’s war in Ukraine.