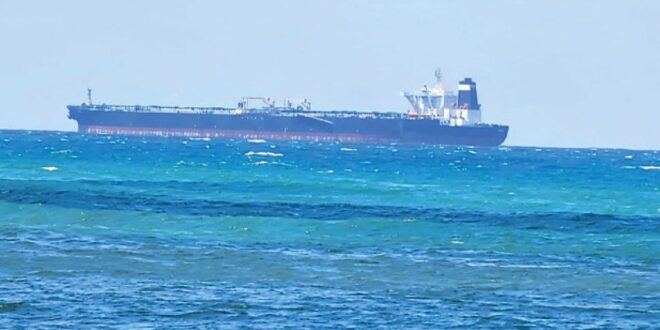 These are the first tankers to reach the country as part of the new credit line between Iran and Syria, according to al-Watan.

Informed sources in Tehran revealed that two tankers arrived on the Syrian coast on Monday. They are the first tankers to reach the country as part of the new credit line between Iran and Syria.

The sources told Al Watan that the arrival of tankers would continue normally — according to specific timetables — and without delay after the credit line entered a new stage.

The sources confirmed that the delay experienced over recent months resulted from changes to the mechanism for operating the credit line between the two countries. Once a new government had formed in Iran, the speedy activation of the credit agreements became one of the leading topics discussed by President Bashar al-Assad during his recent visit to Tehran. Assad’s visit contributed to the technical contract’s dissolution and the accelerated dispatch of oil supplies. The two tankers that arrived on Monday are the first products of Assad’s visit, which will precipitate more economic cooperation between the two countries.

Earlier on Monday, a Ministry of Oil source confirmed in a call with Al-Watan that breakthroughs will be seen in Syria about gasoline and oil starting from Wednesday. These developments follow the arrival of two oil tankers loaded with nearly two million barrels of crude oil to the Banias refinery, with the unloading of cargo underway.

The source confirmed that the refining process will begin immediately and that the required quantities of oil products will be distributed successively to all Syrian governorates. These inflows will help to reduce current bottlenecks in accessing these materials.

During the past ten days, Syria has suffered from bottlenecks in oil products, particularly gasoline. This situation has resulted from the delayed arrival of supplies, which has wreaked havoc on domestic transport. This crisis is set to end over the coming hours and days as shipments start being delivered to the different governorates and available quantities return to their previous levels. Electricity generation from fuel stations and breakthroughs in the gasoline market are also expected to improve.

The source concluded by emphasizing that there is a planned oil supply programme. Due to the sanctions and associated measures imposed on Syria, the arrival of oil tankers has been delayed in some cases. The delays are beyond the control of the Syrian authorities and have caused these temporary bottlenecks.