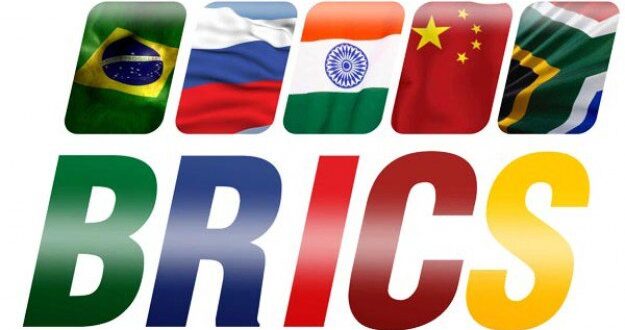 BRICS is taking initiatives that stand as a challenge to the Empire-led world arrangement. The arrangement – Empire’s sole authority – in the world capitalist order will face stiff competition and resistance if BRICS initiatives move on steadily.

The on-going Ukraine War has appeared as a significant lesson to all concerned standing on both sides of the war-line. The war alliance NATO, on one side, is fighting Russia in a war that has never happened since the closure of the WWII.

Not only in terms of warring countries and the war’s spread, but also in terms of weapons, this Ukraine War stands as an example of imperial capital’s power, manipulation capacity, and incapacity. The arena of war has already spread over countries, as a few countries are acting as training camps while a few have turned them as stockpiling and staging ground, and a high-pitched propaganda including psyop center. The most significant part is one of the weapons being used in the war – sanctions. Its use tells the Empire-led system’s extent of capacity, which ultimately shows the sanction-weapon’s incapacity.

Vladimir Putin, the president of Russia, has recently told of a few BRICS initiatives. These include development of a BRICS global reserve currency – a currency basket of BRICS countries. The Russian leader was talking recently at the BRICS Business Forum.

The countries – Brazil, Russia, India, China and South Africa – together represent more than 40% of the global population with their more than 16% share in world trade. The block’s share of global economy is 23% while share of global investment is 25%. In 2021, BRICS recorded more than $8.5 trillion in merchandise trade. These all will, hopefully, increase in the coming years as the countries in the block are intensifying their cooperation, and a few more countries are going to join BRICS.

In view of the use of sanction-weapon by the Empire-led military alliance in the Ukraine War, and the BRICS countries’ increasing trade and investment, development of a BRICS global reserve currency, as Russian president Putin has told, is not only significant, but a necessity, and a challenge to the Empire-led system.

None is safe in the system, and none can keep trust on the system. One is safe from the bite of the system as long as it obliges the Empire.

The Empire’s economy itself is not in a powerful position. That’s another factor behind dwindling trust on the Empire.

Even, the capital that exploits its land of origin shall aspire to be safe and secure if its interest comes into competition/conflict with the imperial interest; and there’s that possibility of competition/conflict, and that’s because of nature of capital.

With this perspective, the development regarding the BRICS reserve currency Putin mentioned is a source of hope for countries aspiring to go away from the imperial orbit.

Russia has already developed a payment system alternate to the great SWIFT. It’s System for Transfer of Financial Messages, according to Russian acronym, it’s SPFS. Putin has offered the BRICS states to freely connect to the SPFS. Fifty-two organizations from 12 countries, and most of the Russian lenders are connected to the system.

Along this, the yuan, according to the SWIFT, was the 5th most active currency for global payments by value in April.

India, media reports said, was considering the possibility of using yuan as a reference currency in India-Russia payment settlement mechanism.

The BRICS states can make choice between the Russian and the Chinese systems, or develop a third alternative. Whatever is chosen, the SWIFT-alternative carries powerful possibilities beyond the imperial system.

So the message Putin conveyed at the BRICS Business Forum, at the beginning of the BRICS Summit that has formally opened on June 23, 2022 in Beijing, is meaningful, and is having a far-reaching implication.

Alberto Fernandez, the president of Argentina, has already expressed support to such system. To Fernandez, it’s a way to get out of dollar’s dominance. Possibly, more countries will follow.

The 14th BRICS Summit, possibly, is going to take further steps to get rid of the Empire’s hegemony. For countries subdued by the Empire, it’s a positive development, as countries are experiencing the way the Empire weaponizes dollar. The Empire uses dollar as a financial weapon, and the weapon is used to further its interests – economic, financial, political; and political interest ultimately grows out of economic interests.

Countries are to get away from this weaponization-system owned by the Empire, as the system is anti-self-reliance, pro-subjection, subjection to the empire, its interest of exploitation of countries and peoples. It’s part of the world order the Empire leads. Putin has already said the old world is over. The utterance was in St. Petersburg Economic Forum, which concluded days back.

Xi Jinping, the president of China, in his speech at the forum, called for increased cooperation on e-commerce, logistics and local currencies. It’s an important proposal with wide possibilities.

These, Putin’s and Xi’s proposals/approaches, are direct challenge to the Empire-led system, the Empire’s leadership. The Empire can’t tolerate this, as these will hurt the Empire’s interest.

The Empire needs, and demands, its dollar’s domination on all. The Empire need, and demands, expansion of its capital. This capital can’t survive without exploiting all. If examples of Asia-Africa-Latin America are ignored, today’s, during the on-going Ukraine War, Europe is the latest example. Moreover, shall this capital give others scope/space to expand? How much that space will be?

On the contrary, BRICS, and especially China, the biggest economy in the BRICS, provides a wider possibility. After the use of the sanction-weapon by the imperialist pole, Russia provides opportunities.

With sanction-weapon, the imperialist pole has burned its vehicles it touts: Free Market, Free Competition, Free Flow of Capital, and the confusingly-named Globalization. A number of capitals, other than the capitals in war industry and its associates, originating in European countries are experiencing the way the “brilliantly” planned sanction-weapon is burying those capitals’ in the soil of Ukraine. Along with hurting Russia the sanction-weapons is hurting capitals in Russia’s opposite camp. An estimate tells the direct loss by sanctioning economies due to sanctions imposed on Russia is a few hundred billion dollars. This amount of loss is bigger if indirect loss is calculated. This loss will rise further along with the passage of time. A real “brilliance” of minds designing the sanction-weapon!

Xi, on the opposite, has called for increased representation and voice of the emerging economies and developing countries. On sanctions, he said, it’s a boomerang and a double-edged sword, which “only end up hurting one’s own interests as well as those of others, and inflict suffering on everyone.”

The difference is clear. The imperialist camp is still, already self-suffering, planning with sanctions. In Xi’s words, it’s a “blind faith in the so-called ‘position of strength’, and attempts to expand military alliances, and seek one’s own security at the expense of others”. It’s, Xi says, a security dilemma of one, the party with sanction-weapon.

Putin said sanctions are “mechanism of exerting pressure on competitors”, “intentional destruction of cooperation”, destruction of transport and logistics chains, undermining of business interests on a global scale, negatively affecting people and countries.

China and Russia’s position is opposite to the Empire. Capitals in these countries need space, opportunities, not confrontation. A part of capitals in the imperial camp is looking for confrontation for own expansion.

The Empire and its camp followers are still, already suffering from its own weapon – sanction, planning to impose further sanctions on Russia. It may happen that the gold market will be hit with sanction. It may happen secondary sanctions will be imposed. This depends of play of groups and sub-groups within the imperial camp.

Objective and approach of these groups and sub-groups are not yet the same and uniform. So, yet there’re weeks and months, if not years, to end this Ukraine War. This means, havoc created by imperialism is still there to play on in the world. In this situation, the BRICS stand as a counterweight, a possibility, and as a challenge to the Empire.

Post Views: 129
Previous Earthquake: USA Must Return ‘Stolen’ 3.5 billion dollars to Afghanistan
Next Agnipath: The way to the graveyard of India’s Armed Forces and the destruction of भारत as a nation