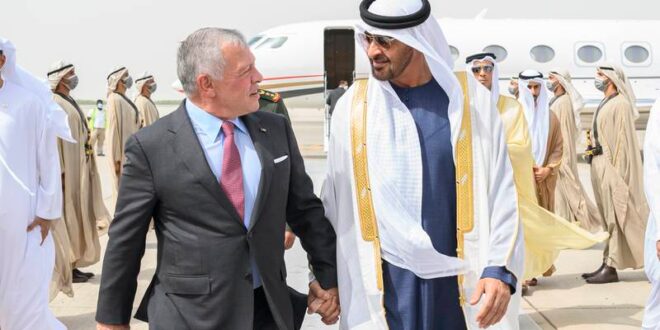 King Abdullah II of Jordan arrived in Abu Dhabi on an official visit on Thursday.

He was welcomed by the President, Sheikh Mohamed, at Abu Dhabi International Airport.

Opportunities for developing collaborations in political, economic, investment and developmental fields were discussed at the meeting, as well as what the future held for the relationship between the countries.

King Abdullah II of Jordan and his delegation have since left the UAE.

Last month, the Royal Hashemite Court declared a 40-day period of mourning to mark the passing of Sheikh Khalifa, while the government declared a national three-day observation, with flags at half-mast.

The king last visited the Emirates in February with his wife Queen Rania.