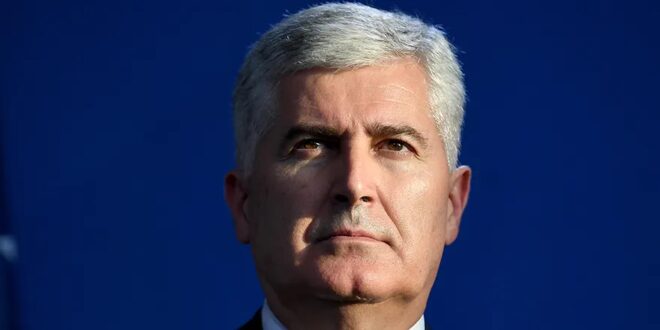 While Bosnian Serb separatism has been put on hold for now, there are other actors destabilising the country who should be added to the UK’s sanctions regime.

On 11 April 2022, the UK imposed sanctions on Bosnian Serb politicians Milorad Dodik and Željka Cvijanović. The two separatist leaders were the first to be sanctioned under the Bosnia and Herzegovina sanctions regime for undermining the functioning of the Southeast European state. The sanctions introduced included asset freezes and travel bans.

The UK government’s decision came in response to the alarming steps taken by Dodik and Cvijanović towards the secession of Republika Srpska from Bosnia. These steps, taken from October last year onwards, set in motion the process of secession and constituted the gravest threat to peace in the country since the 1990s.

In imposing sanctions on Dodik, the UK followed the US lead in responding to the crisis in Bosnia. In fact, the US and UK response was the only meaningful reaction to Dodik’s separatism.

The determined response to Dodik, together with Russia’s failure to subjugate Ukraine, put Dodik and other pro-Russian actors in Bosnia on the defensive. Now that most countries have sided with Ukraine, Dodik must have realized that the tide is turning against him for now. He has toned down his aggressive rhetoric but also asserted bluntly that the war in Ukraine merely put on hold his plans for secession. On 18 June, Dodik met Vladimir Putin but there were none of his characteristic bombastic statements. The sense of crisis and uncertainty that he engineered in late 2021 has somewhat subsided, as Bosnia heads into an election mode in the run-up to October.

What the Russian invasion of Ukraine exposed is that Dodik is not the only pro-Russian actor in Bosnia. Bosnian Croat leader and head of the Bosnian Croat Democratic Union (HDZ) Dragan Čović is another major pro-Russian politician in the country. His role was first raised by Bosnian-American scholar Jasmin Mujanović back in 2017, when few analysts had noticed this trend. In fact, Čović declared in 2020 that ‘there is, unfortunately, little Russian influence in Bosnia’.

When the Russian attack on Ukraine began, Čović failed to condemn the invasion. Then, as condemnations rang out across Europe, Čović tried – unconvincingly – to change course. In a further show of pro-Russian sentiment, Čović and his HDZ recently voted against a legislative initiative for Bosnia to impose sanctions on Russia. Čović’s and Dodik’s policies have become so aligned on a range of issues that theirs is a rock solid political partnership – and one that is seriously undermining the functioning of Bosnia and Herzegovina.

Together with Croatia’s top political brass, Čović has been pushing for election law reforms that would lead to greater segregation and further institutionalised ethnic division in Bosnia’s already divided society. Though he wields outsized influence in the country, Čović seeks to extend his grip on the Federation of Bosnia and Herzegovina and his hold over state-level institutions. He is particularly keen on ensuring that he is all but guaranteed a seat on the country’s three-member presidency. So intense was the lobbying of Čović and Croatia’s top political leaders for election law reforms that they managed to frame this political issue as among the most pressing in a country with a host of other challenges. Many observers are concerned that Čović’s real objective is to establish a Bosnian Croat equivalent of the Republika Srpska entity.

After the pressure on Sarajevo to accept undemocratic election law reforms did not bear fruit, Čović switched gears. While Dodik’s separatism is on hold for now, Čović has upped the ante. He was deeply resentful when the elections scheduled for October were announced, declaring that a territorial reorganisation of Bosnia was an option. Then, in a series of procedural moves, Čović began to do his utmost to block the financing of the upcoming general elections in Bosnia.

While the EU delegation in Sarajevo failed to name names for a long time, the extent of Čović’s stranglehold over Bosnia has become all too apparent. Finally, in late May, the EU called out HDZ for blocking Bosnia’s elections. It is still unclear, however, what Čović has up his sleeve as Bosnia heads towards the October vote.

The international response to Čović’s obstructionism has been both weak and slow. He shows no sign of changing course, and is determined to pursue anti-democratic policies. Čović’s policies and politics constitute a clear and present danger for the functioning of the state of Bosnia and Herzegovina.

The UK should impose sanctions on Čović, including asset freezes and travel bans under the Bosnia and Herzegovina sanctions regime. Only a determined response by the UK and others major powers in the West can put a stop to the destructive policies pursued by hardline politicians like Čović.