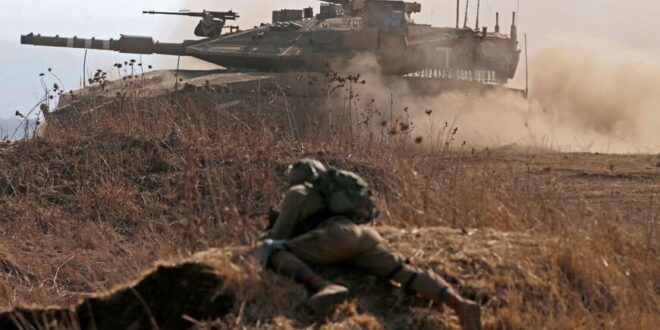 The raging war of words coincided with protracted diplomacy over the revival of the Iran nuclear deal, which Israel has relentlessly criticized.

Iran’s top nuclear negotiator and deputy foreign minister, Ali Bagheri Kani, issued a stern warning to Israel while talks over the revival of the Iran nuclear deal continued to be clouded with uncertainty.

“The Zionists cannot even dream of attacking Iran,” Bagheri Kani said in a brief interview with a reporter from the Al-Masirah TV, which is run by Iran-backed Houthi rebels in Yemen.

“If by any chance they dream of attacking Iran, they better believe they will never wake up from that dream,” the Iranian diplomat added, suggesting that the Islamic Republic will defeat Israel in the event of such a war.

The annihilation of Israel has been frequently invoked by the Iranian leadership over the past four decades. But in recent months, both politicians and military commanders have ratcheted up the rhetoric, enraged by reports of Israeli preparations for a war on Iran that include drills simulating large-scale strikes.

Tehran has vowed a “crushing” response, with some commanders invoking an old threat by Supreme Leader Ayatollah Ali Khamenei about flattening the Israeli cities of Tel Aviv and Haifa.

Israel has long voiced concerns about Western rapprochement with Tehran, whose nuclear program it considers a threat to its existence. Iran’s nuclear sites and scientists have been frequent targets in attacks blamed on Israel, which has called on the world to stop Iran from getting its hands on nuclear weapons. The Islamic Republic, however, says its nuclear program is for peaceful purposes and that a nuclear weapons program has never been on the agenda.

The latest round of indirect talks between Iran and the United States with the aim of restoring the 2015 nuclear deal was mediated by the European Union and hosted by Doha last week. Despite growing optimism ahead of the talks, both American and European negotiators reported a lack of progress.

On Tuesday, a bleak assessment was also offered by the US envoy for Iran, Robert Malley, who in an interview with NPR described the Doha talks as a “wasted occasion.” According to Malley, the Iranian negotiators “have to decide sooner or later because at some point the deal will be a thing of the past.” Iran has in the past insisted that “the ball is in America’s court” and the agreement only awaits a “political decision” in Washington.

Israel, on the other hand, is treading its own diplomatic path. Prime Minister Yair Lapid was in France on July 5 to sit down with French President Emmanuel Macron, whose country is a signatory to the nuclear accord. “Concerns” about a potential deal with Iran appeared to be at the core of Lapid’s discussions at the Élysée, according to Israeli press reports.