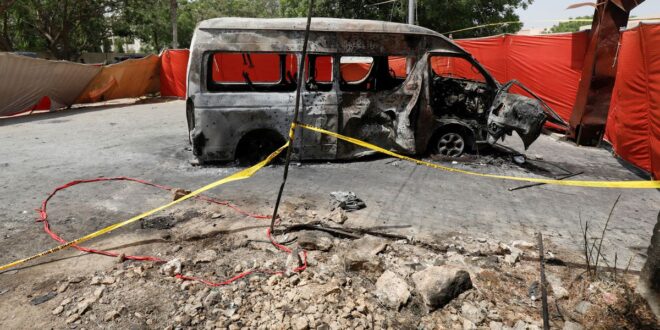 Pakistan on Tuesday said it had arrested a militant who provided technical support for a deadly suicide bomb attack on Chinese teachers at Karachi University in April.

Four people died in total, including the minibus driver and the three Chinese staff from the Confucius Institute, a cultural and educational program that China operates at the university.

The accused man, Dad Bakash, was arrested from Karachi’s district west on Monday and confessed to being commander of a sleeper cell of the BLF, he said.

“He confessed to carrying out surveillance of Chinese nationals at Karachi University and important installations on the task given by Balochistan Liberation Army (BLA) and met and provided assistance to the female suicide bomber and her husband.”

Recently, Pakistan has been under increasing pressure from Chinese government to provide foolproof security to Chinese working in Pakistan.

The accused told investigators that the militant network is spread across neighboring countries and they are also in contact with the separatist groups in these countries, Memon said.

The Baloch separatist guerrillas say they are fighting for the complete independence for Balochistan as well as for a greater share in the region’s mines and minerals. The groups usually attack gas projects, infrastructure and the security forces.