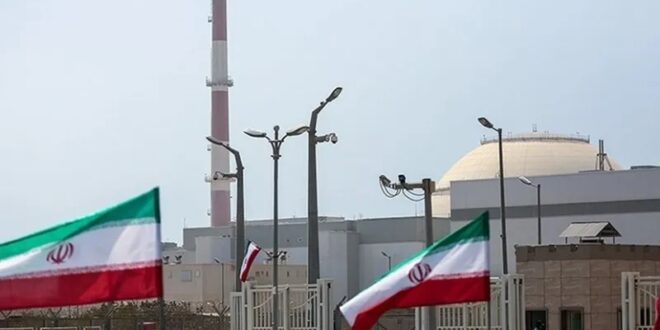 When Arab leaders sit down with US President Joe Biden in Riyadh this week, one topic they will no doubt be eager to raise is the threat posed by Iran and how Tehran’s nuclear ambitions can be thwarted or contained.

During his campaign for the presidential nomination in 2020, Biden vowed to re-enter the 2015 nuclear deal with Iran, from which his predecessor Donald Trump had withdrawn in 2018 arguing it did not go far enough.

Although keen to revive the deal he had helped broker as Barack Obama’s vice president, Biden said it needed updating to take into consideration Iran’s malign activities in the region, which analysts say have since proliferated.

Policymakers say close consultation with regional allies like Saudi Arabia, combined with an integrated air and missile defense system for the US and its allies, would go a long way toward creating a more comprehensive Iran policy.

Regional states have long understood the threat posed by Iran, even before the nuclear issue reared its head. Indeed, the regime’s ballistic missiles program, its drone and naval activities, and its sponsorship of militia proxies across the region have wreaked havoc.

From its support of armed groups in Iraq and its longstanding sponsorship of Hezbollah in Lebanon to its use of mercenaries to prop up the Assad regime in Syria and the lethal aid it has supplied to Yemen’s Houthis, Iran’s actions have not only threatened regional stability but also freedom of navigation and the wider global economy, according to experts.

They also believe Iran’s acts of aggression abroad are consistent with its campaign of repression at home. In response to widespread protests in November 2019, a regime crackdown left as many as 1,500 people dead and thousands more in jail.

Nevertheless, talks taking place in Vienna, and more recently in Doha, aimed at reviving the nuclear deal, known officially as the Joint Comprehensive Plan of Action, or JCPOA, appear to have sidelined Iran’s extraterritorial activities and domestic repression. Critics say European and US negotiators have instead focused on the singular issue of Iran’s nuclear file.

Behnam Ben Taleblu, a senior fellow at the Foundation for Defense of Democracies, a non-partisan think-tank based in Washington D.C., believes “one of the biggest issues with the JCPOA is not even its content, but the way in which the deal came about. Whether under the Obama administration which negotiated it, the Trump administration which left it, or the Biden administration which is trying to claw it back at all costs, it has sucked all the oxygen in the room when it comes to creating planning for Iran policy that is non-nuclear related.”

Ben Taleblu says this is a shame “because the threat posed by the foreign and security policy of the Islamic Republic has always been much greater than just the nuclear issue.”

Although some negotiators have tried to square the circle, “all ultimately put their eggs in the deal-or-no-deal basket, and President Biden is no different,” he added.

Washington did seem to up the ante on Iran in recent months, when the Biden administration actively enforced oil and petrochemical sanctions on the Iranian regime. In June, with help from European partners, it also issued a resolution of censure against Iran at the International Atomic Energy Agency’s gathering of its board of governors.

Although Ben Taleblu thinks these moves may be too little, too late, they could signal a sea change in the administration’s Iran policy.

“If I had to guess what was the reason for this embrace of pressure by Biden so late in the game, perhaps it could be to begin to pave (a way for a) conversation with his partners and allies (including) Saudi Arabia and elsewhere in the region as to what a more coherent plan could look like, and maybe he’s trying to give (his allies) a taste of this as things move ahead,” he said.

There have also been some indications of plans to build a more integrated air and missile defense system in the Middle East. “But so far this is just talk,” Ben Taleblu said. “Let’s hope after (Biden’s Middle East) trip, it becomes a reality.”

Conservatives claim Biden has a clear weakness toward the Islamic Republic (“a lust in his heart for Iran”). His defenders say his record in the Senate is mixed: Biden voted on the Iran issue many times, occasionally as a supporter of engagement, but oftentimes as a proponent of pressure.

Ben Taleblu believes “it would not be wise to philosophize and try to over-infer some kind of positive or negative sentiment toward the Islamic Republic from Biden’s record.”

More revealing, perhaps, would be an examination of his time in office as president and his attempts to get back to the nuclear deal.

“Based on that approach, it seems to me that the Biden administration has deprioritized Iran to almost exclusively the nuclear issue,” Ben Taleblu said.

“And you can tell this administration is not generally interested in foreign policy. It’s interested in managing the whole series of crises. It thinks kind of like the Obama administration thought very early in 2008 — that if it is merely seen as trying to change the political direction it inherited from its predecessor — that the world would welcome it.

“But states like Iran tend to pocket these concessions and these measures of goodwill and escalate the threat further.”

Ben Taleblu says understanding this is a crucial step toward understanding what actually deters Iran — a deterrence that the US and its allies, many would argue, have failed to muster.

The last three US administrations, Ben Taleblu says, have looked at the issue of deterrence as “a one-off, as black and white,” whereas deterrence is in fact “very kinetic.”

“It’s very interactive. It’s always changing because you have an adversary who found its foreign policy on the cheap, who fights in the gray zone using asymmetric weapons, and who seems to value life less than you, and has been fighting offshore through a host of different proxies for a very long time.

“So, there’s a lot of different strengths that this regime has compared to the on-paper conventional political, economic and military weaknesses that it has. And I think some of the failure of deterrence has been the failure to understand this.”

Better understanding this might give the US greater clarity as to what its response should be when, for instance, there is a drone attack on the UAE. Indeed, the US has been caught out before by Iran-backed attacks on Saudi Arabia’s oil facilities and civilian infrastructure.

“And the Iranians are watching this, which is why the (Iranians) know outreach to the Arab world, to the UAE to Saudi Arabia, this kind of diplomatic outreach is predicated on trying to assess whether US partners today feel comfortable and where they feel uncomfortable. Because the Iranians are trying to use this kind of diplomacy with US partners to see how confident these partners are that America will have their back in case anything goes down,” said Ben Taleblu.

“So, I think as Biden prepares to go to the region, it behooves him to get everybody on the same page when it comes to these issues.”

Still, the Biden administration appears to define its Iran policy around a return to the JCPOA, which promised Iran sanctions relief in return for curbing its nuclear program. Far from halting these activities, Iran now has enough fissile material to produce a nuclear device.

Ben Taleblu believes the right starting point would be for Biden to ditch the old framework altogether and work more closely with US partners on a “shared plan B.”

Indeed, despite recent ups and downs in the Saudi-US relationship, Ben Taleblu believes there is little doubt the two nations are in lock step on Middle East security.

“I think it’s very, very clear now, for instance, whether you’re talking about freedom of navigation, energy security, sanctions compliance, assistance on counterterrorism, broadly supporting the US-led regional order in the Middle East, countering the Islamic Republic of Iran, helping push back on the Houthis with the war in Yemen — on all of these fronts — Saudi Arabia shares the same US interests.”