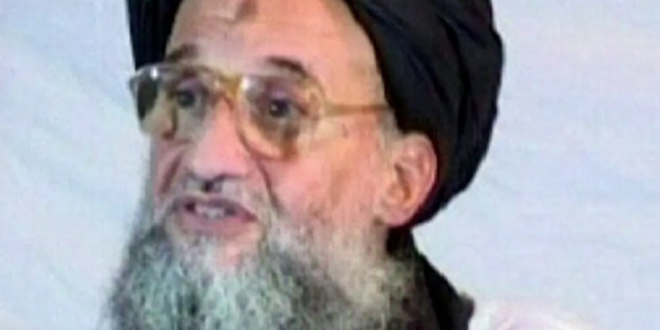 Al Qaeda leader Ayman al Zawahri’s death in Taliban-controlled Afghanistan is raising questions about whether the country is being used as a base of operations for the terrorist group.

“What unnerves me is that Al Zawahri felt comfortable enough being out in the open in the Kabul area after the Taliban takeover,” said Sen. Lindsey Graham, R-S.C. “So much for the Taliban rejecting al Qaeda. This is proof positive that Afghanistan has once again become a safe haven for international terrorists.”

National security experts say Zawahri’s presence within the country signals a troubling relationship between al Qaeda and the Taliban. The two organizations have long co-existed alongside one another, sharing similar tactics and ideologies.

“There’s no doubt that they’ve been brothers — the Taliban and al Qaeda,” said retired four-star Gen. Jack Keane, a former vice chief of staff of the United States Army. “It’s not surprising that Zawahri returned to his family in Kabul, in fact, the house that he was in belonged to an aide to a senior Taliban official.”

Zawahri was killed by a U.S.-led drone strike over the weekend. The 71-year-old al Qaeda leader had ruled the terrorist organization since the death of Usama bin Laden in July 2011.

A one-time surgeon, Zawahri was known by U.S. intelligence as a terrorist mastermind for helping plot the Sept. 11, 2001, terrorist attacks.

“We make it clear again tonight that no matter how long it takes, no matter where you hide, if you are a threat to our people, the United States will find you and take you out,” said President Biden.

The drone strike was the first one publicly acknowledged by the White House since U.S. troops withdrew from Afghanistan last year. The withdrawal saw the U.S. abandon billions in military equipment, air bases, and prisons crammed with enemy combatants to the Taliban.

Given Zawahri’s presence in Afghanistan, national security experts say there are concerns the Taliban is allowing al Qaeda to use the country as its base of operation for conducting terrorism.

“Afghanistan is a petri dish growing threats to the region and beyond,” said Dan Hoffman, a former director of the CIA’s Middle East and North Africa division. “The one lesson we learned from Sept. 11 is that you can’t give these guys ungoverned space.”

The White House said Monday that Zawahri had urged his followers in recent weeks to mobilize and attack the United States and its allies. Biden told the public during a prime-time address that Zawahri’s death is part of a commitment by the U.S. to “never again allow Afghanistan to become a terrorist” safe haven.

Some national security experts question, however, whether the administration has the resources at its disposal to live up to that pledge.

“Even the American government has only so many resources to devote to counterterrorism, particularly with the situation in Russia, China, and Ukraine,” said James Jefferey, who served as former President Donald Trump’s special envoy for combating ISIS. “It doesn’t mean we won’t go after al Qaeda in the future, but there are a lot of trouble spots already out there.”