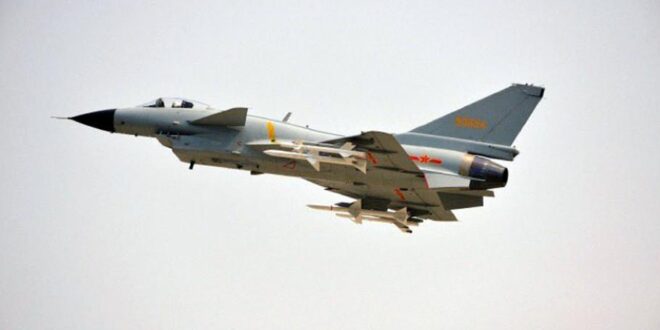 Beijing has “successfully completed” weeklong exercises around Taiwan, though additional military activity in the region can be expected, a Chinese military official announced Wednesday.

A breakdown of Chinese military activity Wednesday was not immediately available. However, 10 Chinese warships and 45 aircraft crossed the Taiwan Strait on Tuesday, with 16 aircraft passing east of the median line, Taiwan’s Ministry of National Defense tweeted that day.

The exercise may be pretext for an invasion of the self-governed island, Taiwanese Foreign Minister Joseph Wu told reporters Tuesday. The drills encircling Taiwan have had a “serious impact” on international trade and regional security, he said.

Commercial vessels resumed travel through the area, one of the globe’s busiest trade routes, on Monday, Bloomberg News reported that day.

Taiwan’s military forces are on high alert and have conducted their own live-fire artillery drills, according to the Ministry of National Defense.

Wu said China won’t stop at Taiwan and is attempting to expand its territorial waters to the East and South China seas by taking control of the Taiwan Strait.

“China’s behavior toward Taiwan is merely a pretext,” he said. “Its ambitions and impact is extending far beyond Taiwan. It is thus critical that all freedom-loving nations work together to explore means to respond to the expansion of authoritarianism.”

“The countermeasures taken by China in response to Pelosi’s provocative visit are justified, reasonable and lawful,” Wenbin Wang said at a press conference. “They are aimed at sending a warning to the provocateurs and punishing the ‘Taiwan independent’ forces.”

Taiwan has remained functionally separate from China since 1949. Beijing views the island as a breakaway province.

China reaffirmed its commitment to reunite Taiwan politically with the mainland by force, if necessary, in a white paper released Wednesday by the Taiwan Affairs Office in Beijing.

“We will work with the greatest sincerity and exert our utmost efforts to achieve peaceful reunification,” the paper said. “But we will not renounce the use of force, and we reserve the option of taking all necessary measures” to reunify Taiwan.