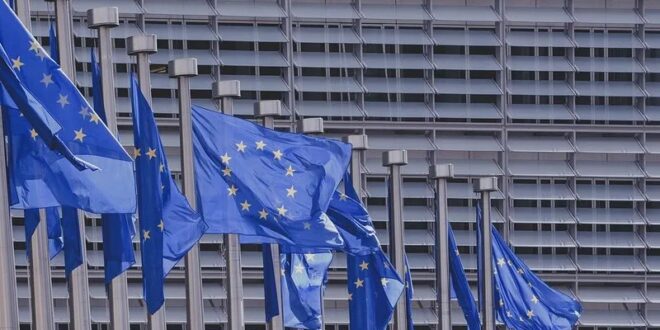 Is It Time For A Minimum Corporate Tax? – OpEd

The Law of Unintended Consequences has not been rescinded. Don’t be surprised if corporations find loopholes to circumvent new tax laws intended to get them to “pay their fair share.”

Big reforms should be based on wide consensus. At the height of an economic crisis caused by the combined effects of the pandemic lockdowns and sanctions for Russia’s war in Ukraine, further economic experiments such as a global minimum corporate tax could easily become another example of the law of unintended consequences in action.

Facilitating an international agreement establishing a 15% worldwide minimum on corporate taxes has been one of the Biden administration’s priorities for a while now. During autumn 2021, nearly two years into the COVID-19 era, over 130 nations supported adopting a global minimum tax based on the Organisation for Economic Cooperation and Development’s (OECD) two–pillar model. Pillar One determines the taxable presence, a vital question in the digital age since it defines which country a corporation has to pay taxes to in the first place. Pillar Two sets up a 15% global minimum tax for multinational enterprises with combined financial revenues of more than €750 million (~$763 million) a year.

Applying both pillars would mean that every large corporation—including dotcoms—would pay its “fair share” so that the global minimum tax can reach its goal of reducing race-to-the-bottom tax competition among jurisdictions (nations). However, such a new economic intervention is risky in the midst of an economic crisis. Inflation is rampant, the economy is flailing, and supply chain issues continue to plague enterprises worldwide. A global minimum tax could lead to such unexpected consequences as increased costs, company withdrawals from formerly low-tax countries, reduced investment, even company breakups to stay under the revenue threshold of €750 million a year. And make no mistake: The costs would be passed on to consumers in the form of higher prices. Reduced investment could deny consumers the benefits of new products and services. And handicapping large companies, which have been engines of economic growth in recent decades, could tip the economy into an undeniable recession. Thus, even if a global minimum tax proved an international political success, it’s not guaranteed that such an attempt at reform would reach its goals (reducing tax competition and having large corporations pay their “fair share”) given the current global economy and the human tendency to wiggle out of rules deemed punitive.

A global minimum tax is an attempt to put an international floor on corporate tax rates, which vary widely in the EU, for example. Currently, Portugal has the highest (31.5%), while Hungary (9%), Ireland (12.5%), and Cyprus (12.5%) have the lowest rates. Competition typically drives the movement of resources to higher-valued uses. Tax competition among EU states influences the allocation of capital within their respective private sectors. Ireland, the European “corporate tax grandmaster,” is a proud host to more than 800 U.S. corporations, including Google, Facebook, Twitter, Apple, and Pfizer. Surprisingly, it was not Ireland that opposed the EU directive to set up the global minimum tax, but Hungary—which lowered its corporate tax rate from 19% to 9% in 2017. Since then, Hungary’s foreign direct-investment rates have increased yearly. Thus, by 2022, the U.S. had become Hungary’s biggest non-EU foreign investor, employing approximately 106,000 people in 1,700 companies. This number is only a fraction of total U.S. foreign investment in Europe, which had reached $3.66 trillion by 2020. Therefore, the short-term losers of the reform would be those American corporations that have settled in European jurisdictions that offered the lowest tax rates. The tax burden faced by these corporations would definitely increase, which also means that consumers would face higher prices for goods and services. The long-term consequences would almost certainly be to damage the key competitive advantages of the mentioned jurisdictions.

Timing is crucial when it comes to potential economic reforms. Whenever legislators adopt new tax rules, taxpayers, especially those of the corporate kind, search for loopholes and evolve techniques to avoid (or reduce) paying the tax. The current global minimum tax proposal resembles the big reforms of 2015-16, when the OECD adopted the BEPS Action Plan, and the EU introduced the Anti Tax Avoidance Directive (ATAD). These sets of rules addressed tax-avoidance practices that affect(ed) the functioning of the EU’s market. The increase in the compliance burden led to the evolution of some highly creative tax-avoidance techniques, such as the “Double Irish With a Dutch Sandwich.” In that scheme, large groups combined Irish and Dutch subsidiaries to shift profits to low- or no-tax jurisdictions, enabling certain corporations to reduce their overall corporate tax rates radically. For example, Google reportedly transferred €19.9 billion (roughly $23 billion) to a Dutch company, which then forwarded the transfer to an Irish-incorporated company located in Bermuda—where companies pay no taxes. Don’t be surprised if the proposed global minimum tax encourages private entities to find similarly creative ways to minimize their tax payments. And if Pillar Two is implemented without Pillar One, digital companies could continue profiting in multiple jurisdictions while paying taxes only where they have their headquarters. Pillar One could bring digital companies under the umbrella of a global minimum tax regardless of their brick-and-mortar location. This would affect, for instance, those big U.S. tech firms residing in Ireland.

It bears repeating: Strict and burdensome rules create strong incentives to find loopholes. Adopting minimum tax rates globally will prove no different unless corporations are willing to understand their responsibility in changing the existing economic environment. Governments can mandate a 15% minimum tax rate; however, they cannot mandate that corporations enter international markets or exceed €750 million a year. Businesses will modify their products and services to suit new economic conditions—or change their business models. Entrenched players are the most adaptive to changes, especially those deemed unfavorable, and will find ways to pay less in taxes. This is why big reforms should be based on the wider consent of those who are regulated. Without a law-abiding attitude and commitment to change, initiatives like the global minimum tax will not reach their goals.

Now is not the best time to try an experiment such as the proposed global minimum tax. Rearranging incentives within the EU threatens to splinter a Western alliance trying to counter the economic aftershocks of the Russian offensive in Ukraine. Unintended consequences indeed.

Post Views: 170
Previous Migrants At The Mercy Of Morocco’s Iron Fist – Analysis
Next Arabs to Biden: Do Not Sign the Iran Deal, It Will Start a War