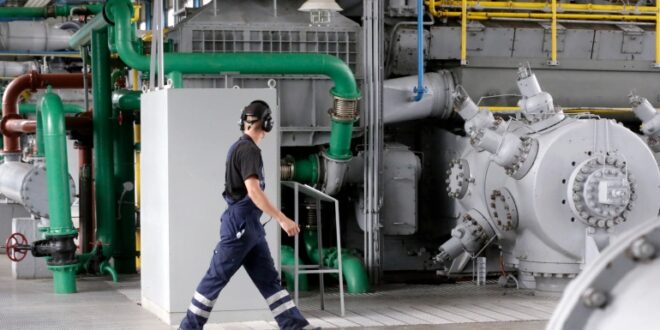 For the plan to be effective, other countries will have to take part -particularly large nations – such as India and China, some of Russia’s most important clients.

Capping the price of Russian oil, an approach G7 members said they want to pursue “urgently,” would be an unprecedented move and one which some analysts say could backfire.

How would a cap work?

Russian oil would be purchased at a discount from prevailing market prices, to limit Moscow’s profits as it prosecutes its war against Ukraine. But it would keep the price above the cost of production to ensure incentive for its export.

The discounted rates, calculated separately for crude oil and refined petroleum products, could be regularly revised, according to a US Treasury official.

Are there any precedents?

There have been international systems aimed at preventing a nation from exporting oil – such as those now aimed at Iran and Venezuela – or at limiting trade, as in the UN “Oil-for-Food” programme which, from 1995 to 2003, allowed Iraq to sell oil but only to pay for food, medicine and humanitarian needs.

But there has never been an attempt to impose a differentiated price on a country.

Will others join the G7 plan?

G7 members – Britain, Canada, France, Germany, Italy, Japan and the United States – have already limited or suspended their Russian petroleum purchases. But for the plan to be effective, other countries will have to take part – particularly big countries such as India and China, some of Russia’s most important clients.

While the G7 plan offers the prospect of lower prices, “China and India are already getting cheaper – cheap enough – oil,” said Bill O’Grady of Confluence Investment.

John Kilduff of Again Capital agrees: “Russia could say: ‘Look, we’re just going to sell this oil at this price. We’re not going to sell it to Europeans.’”

“I don’t think that the Chinese or the Indians or the Turkish will go on” with the G7 plan, he said, noting those countries had not joined in Western sanctions punishing Russia for the Ukraine war.

“I think the flows to those countries from Russia will continue.”

How will Russia react?

For the price cap to work, Russia will have to yield to the pressure and continue exporting to the participating countries.

Kilduff attributed that at least partly to the G7 announcement. He said it raised fears of a contraction in world supply and a damaging new surge in prices.

If petroleum prices have declined from their peaks shortly after the Russian invasion in February, they remain historically high and extremely volatile.

Would a cap undercut European sanctions?

The European Union – with the exception of three members – is preparing not only to ban Russian petroleum imports as of December 5 but also to block European insurers from covering transport costs to non-EU destinations.

“I do think that Washington is really uncomfortable” with those insurance restrictions, said O’Grady, adding they would “really be a big deal”.

“Roughly 90 percent of maritime petroleum transport is insured by EU and British parties. I think the administration’s afraid that if that [the insurance ban] gets put into place, that Russian supplies will really fall,” O’Grady said.

The price-capping plan, initiated by the US and then endorsed by the G7, would exempt from the embargo the transport of cargo sold at reduced price – limiting its effect.

Post Views: 123
Previous Is Ukraine’s counteroffensive progressing?
Next Putin and Xi plan to meet again, as relations with West fray