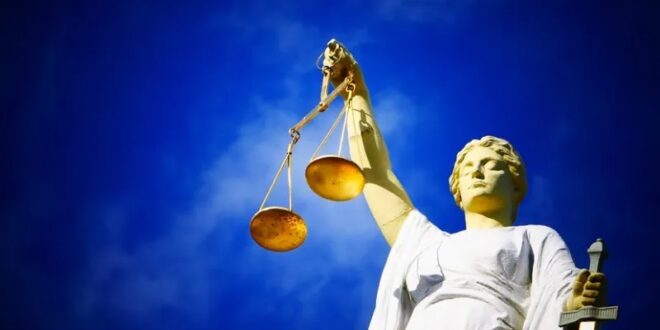 Russian Sanctions, The Hungarian Veto, And The Long Road Ahead – Analysis

This week we saw the first real challenge to the EU’s ever-growing sanctions regime against Russia. Predictably, it was Hungary who threatened to derail what should have been a standard renewal of the over 1,200 people and 100 companies that the bloc has slapped visa bans and asset freezes on since Russia’s full invasion of Ukraine in February.

Budapest was asking for three oligarchs — Alisher Usmanov, Pyotr Aven, and Viktor Rashnikov — to be delisted before it could give its consent to extend the sanction regime as a whole. In the end, the Central European country performed a spectacular U-turn within 24 hours, reportedly after several high-level phone calls and diplomatic pressure in Brussels.

Yet plenty of questions remain.

Perhaps, the most obvious: why specifically these three individuals?

There are plenty of oligarchs close to Russian President Putin that have been sanctioned and there are no obviously known links between any of the trio and Hungary. Or is Budapest just doing this to curry favor with Moscow? Not a single EU official I have spoken to on this question has shared any insight into the matter.

A second obvious question is: What did Hungary get for backing down so quickly?

It is not uncommon that EU member states block a policy in order to gain an advantage on another issue — normally related to money. With a tough winter ahead, speculation is rife that Hungary is seeking EU funds that so far have been withheld by Brussels over fears of rule-of-law violations in the country.

Incidentally, Hungarian Justice Minister Judith Varga is expected in Brussels soon and she will meet the EU budget commissioner. There have been whispers for weeks that some sort of controversial compromise is in the making between Brussels and Budapest in which the money will flow based on certain conditions. Was the Hungarian sanctions move this week an attempt to lessen the conditionality or put pressure on the European Commission to release the funds more quickly?

It isn’t the end of the story — in fact, the can was just kicked down the road for a few months. Hungary agreed to back down for now but said that it will raise the issue in various working groups this fall. It will pop up on the agenda soon enough, possibly toward the end of the year when the bloc will discuss the renewal of all the economic and sectoral sanctions on Russia. And almost definitely in March 2023 when the sanctions listings will come up for renewal again.
Flaws In the System

Apart from political interests, there are also three “flaws” in the system that makes all this possible.

The most obvious one is clearly the unanimity rule. Debates have been going on for years that foreign policy decisions in the EU should move from consensus to some sort of qualified majority vote — like in many other policy fields. Yet for that you need — you guessed it — unanimity. It is unlikely to happen as many countries simply would be loath to give up such a powerful tool and, in many ways, also surrender national sovereignty in a very sensitive field.

Hungary has played this to perfection in recent years, for example by securing opt-outs in the EU’s oil embargo on Russia, removing Patriarch Kirill from being sanctioned, and previously watering down the bloc’s arms embargo on Belarus. But Hungary is hardly alone.

Cyprus managed to remove strict language about a ban on Russians buying property in the EU, Germany successfully pushed for longer phase-out periods on buying Russian coal, and many southern nations lobbied not to blacklist Russian-owned ships. The list is endless. And everyone does it.

Another issue is that the Russian sanctions need renewal every six months — and this goes for both the economic sanctions and the asset freezes and visa bans on individuals. In most other EU sanctions regimes, the continuation takes place once a year. In the case of Russia, this gives member states twice as many opportunities to hijack the process for its own political ends. And, once again, you need unanimity to change this.

The reason why the Russian sanctions are different is that, when the initial sanctions were introduced back in 2014 after the Crimea annexation, many EU nations hoped that Moscow could change and that the measures could be lifted swiftly. The change from Moscow never really came, but it appears that Brussels is at least pretending to hope.

Finally, you have the European Court of Justice. Everyone has the right to have their case heard, the European Union after all prides itself on being based on the rule of law. So it is not surprising that all three oligarchs whom Hungary wants delisted have filed complaints to the Luxembourg court in order to have the sanctions against them lifted.

Earlier in the summer, Usmanov failed in a bid to be granted interim measures, meaning that his assets remain frozen for now. But as they are likely to have considerable assets still available to them, they can afford the very best lawyers to find loopholes in the EU’s case against them.

Several sanctioned Ukrainian oligarchs and politicians close to the former Ukrainian President Viktor Yanukovych found success this way. And rather than be embarrassed in its own court, some EU countries will be compelled to argue that it’s simply better to delist individuals.

Post Views: 110
Previous How Food And Energy Are Driving The Global Inflation Surge – Analysis
Next Iran Deal – Reportedly “Off the Table” – Would Not Have Prevented a War