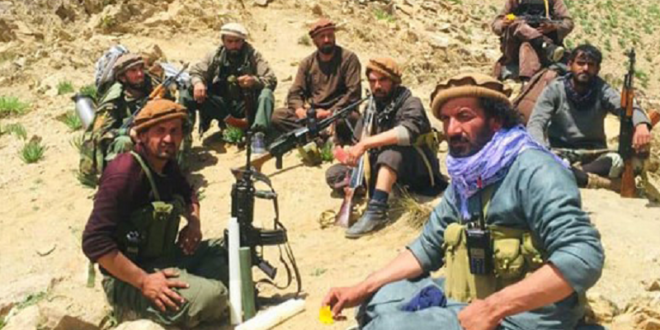 The National Resistance Front (NRF) of Afghanistan, an anti-Taliban resistance group led by Ahmad Massoud, is fighting against the Afghan Taliban in six provinces of Afghanistan, according to an Afghan website.

The report published by Afghan newspaper Hasht-e-Subh quoted Ali Maisam Nazary, head of NRF’s foreign relations, as saying that NRF’s operations against the Taliban have expanded during the past year to six provinces with 4,000 well-equipped and trained forces.

He said that the NRF fighters are based in Panjshir, Kapisa, Baghlan, Badakhshan, Takhar and Parwan provinces. “We have been able to keep our losses very low because we have the peak positions for targeting the enemies; the Taliban fighters who come from southern Afghanistan, from Kandahar and Helmand, are not trained to fight in the mountains,” he added.

“Either we must free the country from the hands of the Taliban or force them to change and accept the peace process,” Nazary said, adding that except for Tajikistan, no country has expressed support for the NRF. He noted: “What is clear to us is that due to the Taliban’s stance against women’s rights, human rights, democracy, and terrorism, a political solution to end the conflict in Afghanistan is not viable.”

Nazary reminded the international community that the Islamic Emirate of Afghanistan (the ruling Afghan Taliban jihadi organization) has relations with regional and international terrorist groups, including Jamaat Ansarullah, Islamic Movement of Uzbekistan, Pakistani Taliban (TTP), and Al-Qaeda, which are now in Afghanistan.

According to the report, Nazary said that the Afghan Taliban have “armed and equipped the terrorist group Jamaat Ansarullah, which consists of Tajik nationals, with U.S.-made weapons and allowed them to settle on the border of Tajikistan.”