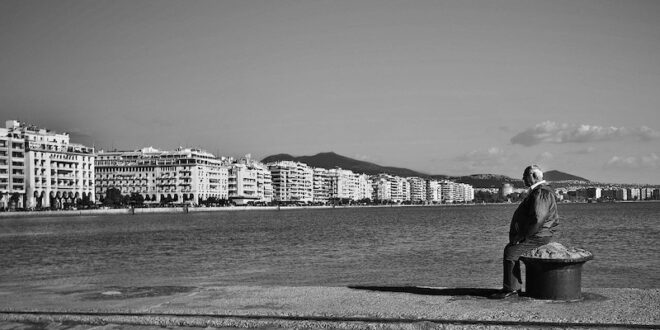 While Greece shares some demographic characteristics with richer Western European countries, it is also converging in terms of its worst problems with the Balkans.

Shrinking, ageing, emigrating: Greece’s demographic woes get worse by the year and its leaders are painfully aware of them. They are a “ticking time bomb,” said prime minister Kyriakos Mitsotakis in June. “The danger is immediate and significant.”

In a speech at a conference on demography, Mitsotakis went on to explain that he was “not talking about a threat to our national identity”, but rather “a direct undermining of the country’s ability to generate wealth on a personal and collective level, so as to preserve in this way the strong fabric that unites the citizens.”

In other words, with every passing year, Greece has less and less people of working age actually working and paying taxes. How will Greeks continue to live as middle-income Europeans, albeit a people already considerably impoverished since the debt crisis that began in Greece in late 2009, if there are ever less of them to pay for this?

Many of the issues that Greece faces, it shares with other European countries, especially its Balkan neighbours, Italy and Spain. But, general trends aside, Greece’s chronic demographic problems are quite distinct. While it shares some demographic characteristics with richer Western European countries, it is also converging in terms of its worst problems with the Balkans.

Let’s start with the census. In most western countries it is regarded as the gold standard as to the number people in a country. All Balkan countries, however, struggle to get reliable statistical data and so does Greece.

In June the Hellenic Statistical Authority, ELSTAT, announced that according to the winter 2021 census there were 10.4 million people in the country. This is 3.5 per cent less than the number recorded in the 2011 census. The problem is that even ELSTAT knows that figure is wrong.

In 2011 the census found that there were 10.8 million people in Greece. However, Eurostat, the EU’s statistical agency, which receives its Greek data from ELSTAT, records that in 2011 there were actually 11.1 million people in Greece. The reason for this is that a post-census survey found that that the count had underestimated the true number of residents by 2.83 per cent, especially because illegal immigrants in the country had not been counted.

The 2021 was census was beset by problems that have again led to an undercount, says Byron Kotzamanis, professor of demography at the University of Thessaly in Volos. Some older people struggled to answer the census, which was conducted online for the first time; a good proportion of illegal migrants will again not have been counted; and, finally, the hostility of many to the state in general, a group which overlaps with Covid anti-vaxxers, means that once again a large number won’t have been counted.

However, anticipating problems, this time ELSTAT asked enumerators to estimate numbers of people who had refused to participate in any given area by asking for information from their neighbours.

Given this, says Kotzamanis, he believes that the underestimate in 2021 compared to 2011 is less and that the true figure of people in Greece is 10.6 million, which would be a decline of 4.4 per cent on 11.1 million if correct. This is also the figure that Eurostat, using data sent to them by ELSTAT, recorded as the Greek population for January 1, 2022.

The reason for the decline is both emigration and Greece’s low fertility rate. Kotzamanis believes that between 400,000 and 500,000 people have emigrated since the financial crisis, but adds that of that number some 150,000 would have been foreigners living in Greece.

Greece’s fertility rate is 1.39, which is below the EU average of 1.5 and well below the magic number of 2.1 – the number of children every woman would have to have to keep any given population at replacement level without immigration. In 1948 there were 210,000 babies born in Greece, and the trend has been relentlessly downwards ever since. In 2021 there were 86,390 births. There were also 58,975 more deaths than births, a number made greater by COVID-19 than it would have been otherwise, however there have been more deaths than births in Greece since 2011.

This is a trend that is unlikely to diminish. Every year there are less women of childbearing age and, by European standards, a relatively large number of women don’t have children. Of women born in 1975 for example, the number childless is almost 24 per cent, notes Kotzamanis.

As the number of babies fall, life expectancy gets longer. In 1960 a Greek could expect to live to the age of 68. By 2020 they could expect to live to 81, a number which has dipped a little from previous years because of COVID-19. Between 2011 and 2021, the median age in Greece increased by four years to 45.5. In the EU, only in Spain and Portugal did the median age increase faster.

Low fertility rates and ageing populations are common to all European countries, but richer Western European countries have generally stabilised their population numbers with immigration. Here Greece is an outlier. Over the last few decades, it has swung from being a country of mass emigration to mass immigration and back to emigration again (see box below). Today, some 1.36 million people in Greece are foreign born. Immigration helped push Greece’s population to its peak in 2010 of 11.1 million and has now slowed its decline. Some 450,000 foreigners acquired Greek citizenship between 1991 and 2021, and just under 900,000 foreigners live there now.

In most societies, urbanisation and education have been the driving factors leading to families having less children. Historically, that is the same for Greece, but today there are also distinctive factors which help keep the Greek fertility rate depressed.

In Greece, family has always played a very important role in supporting younger generations, but the economic crash since 2009 has severely crippled its ability to do so compared to the past. Pensions and large pension bonuses for those employed by the state or state-owned companies have been slashed. In the past, portions of this cash were often passed to children and grandchildren to help them buy their own homes, helping them to marry and have children. Now, after years of high unemployment and low wages for those who can find jobs, most young people “don’t have the means to start a family,” says Michalis Goudis who heads the Heinrich Boll Foundation think tank in Greece.

The Foundation supported a study, he explains, that found that more than 50 per cent in the Thessaloniki area said they were “overburdened” by housing costs, meaning they paid more than 40 per cent of their disposable income for housing costs.

This is the reason that 88.5 per cent of Greek men aged 16-29 still live with their parents, a figure only surpassed in the EU by Croatia. For the EU as a whole, that figure is 71.6 per cent and, by way of comparison, in Sweden it is 42.3 per cent.

Although less than before, marriage is still considered very important for starting a family, but in order to be married you must have a job and a home, says Kotzamanis. If you don’t have a job or it is poorly paid, “you continue to live with your parents” and so you can’t get married.

Even if you do get married, however, gender inequalities in Greece are, according to Eurostat data from 2016, the worst in the entire EU with only 53 per cent of men taking part in daily childcare and this too depresses the birth rate. The EU average is 69 per cent.

As a result of these factors, according to 2018 data, only 49 per cent of Greek women aged 20-64 were employed, the lowest proportion in the EU, although male participation in the labour force at 70 per cent was also the lowest in the Union, though on a par with Croatia. These low numbers, however, mean that theoretically Greece has much more opportunity to cushion the blow of a shrinking workforce and hence shrivelling tax base, than countries like Sweden where 80 per cent of women and 84 per cent of men of working age are working. To do this, however, will be difficult – not least if women now not working do not have the right skills, do not live where there are jobs, or if the jobs don’t pay enough to make it worthwhile for them work, if for example the price of childcare and transport cancels out their potential income.

For everyone, skills are an issue with demographic consequences. Education has always been highly prized in Greece, which has led, not uniquely for sure, to a rural exodus as young people left home for university and subsequently sought skilled and office jobs. “If you have been to university, you don’t want to become a labourer,” comments Heinrich Boll Foundation’s Goudis.

The economic crisis since 2009 has only strengthened that trend as more young people went to university or extended their studies rather than be unemployed. Over the decades, though, this has led to massive rural depopulation, especially in northern Greece, and the concentration of 5.5 million, or more than half of the population, in and around the two biggest cities of Athens and Thessaloniki. Consequently, rural areas are often left with older people and worse services, which in turn encourages ever more people to leave.

For years, demographers have warned Greek governments of the demographic catastrophe facing the country, but little has been done. Recently schools have been told to extend their working hours and Mitsotakis has talked of various tax incentives to staunch the brain drain. But the fact remains, says Kotzamanis, that when students from his faculty graduate, they can expect to be paid 600-700 euros a month, and not necessarily in their chosen field, compared with 1,200 euros almost 15 years ago. Even if jobs exist, then many will choose to go abroad.

At the other end of the scale, even many migrants – both legal and illegal – no longer want to do the jobs that Greeks don’t want, either because they are badly paid or because they are poorly treated. “In 2017 I worked for more than 12 hours a day at a bakery starting at four in the morning and got paid 15 euros a day plus bread,” says Erjalda Kucuku, an Albanian who lived for many years in Greece. Now in Italy, she gets paid 80 euros for a morning looking after an elderly person.

Surveys show that Greeks are pessimistic about their future. It’s once sizeable middle class, says Goudis, “is experiencing a transformation”, with a large proportion now on a par with the poorer parts of Greek society.

Family-owned small and medium-sized businesses have been devasted by years of crisis including COVID-19, and all of this conspires to send more Greeks abroad and to have ever fewer children. By 2050 Greece’s population is projected to be 9.5 million, more than 1 million less than today and 14.64 per cent less than at its peak in 2010.