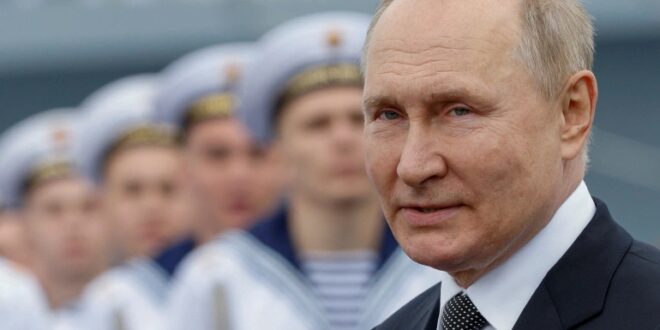 Russia post-Putin: What happens if the president suddenly dies?

PM Mishustin would become acting president and elections would be held, but experts say the substance of a post-Putin Russia is tough to predict.

In recent months, the health of Russian President Vladimir Putin has been the subject of much speculation, with claims that he has cancer, Parkinson’s, or has even survived an assassination attempt.

But so far, no doctor’s note has been produced.

“He can stay in power for 10 years or more if he wants, it really depends on the circumstances,” political analyst Tatiana Stanovaya told Al Jazeera. “I wouldn’t really pay too much attention to the problem of his health.”

Should the 69-year-old die or otherwise leave office suddenly, the Federation Council has 14 days to call presidential elections, and if it does not, the Central Election Commission would.

In the meantime, Prime Minister Mikhail Mishustin would become acting president. However, Mishustin is not seen as being particularly close to Putin, nor a credible candidate for any election.

Instead, Stanovaya believes Putin’s departure will leave a power vacuum between business interests, security officials such as Defence Minister Sergey Shoigu and other factions of the elite.

“If something happens to him tomorrow, I believe that the system would survive; It’s still robust,” said Stanovaya.

“Conservative forces, siloviki [security officials] will seize the political initiative and take over. But if something happens to Putin later – one year or more – in this case, the risks of destabilisation are much higher. We will see infighting and the siloviki would have much less chance to keep the initiative. Next year the situation might be more different and difficult.”

According to reports in independent Russian media outlets, members of the Russian elite were surprised and felt anxious when Putin announced the Ukraine invasion on February 24, declaring the “special military operation” a necessary step.

A patriotic consolidation took hold in the following weeks as the economy held more robustly than expected.

Nevertheless, Putin’s refusal to acknowledge a link between economic woes and sanctions is reportedly alienating business-minded officials, while others criticise him for not waging war actively enough.

According to some reports, a few Kremlin insiders are quietly discussing who may come after Putin.

But Stanovaya said such talk is not serious.

“Actually no one knows [who will be next],” said Stanovaya. “If someone for example starts writing Medvedev is the successor, it might be seen as a political attack on Medvedev, because no one wants to appear as a successor, because it makes your position more vulnerable.”

Security expert Mark Galeotti told Al Jazeera: “It’s honestly hard to see Putin going soon. For all the tales of illness, there’s no evidence he is seriously ill, and given how disastrously the war has gone, I can’t see him retiring unless he’s forced to go by the people around him.

“There are no obvious successors – it wouldn’t be [wise] to look as if you’re auditioning for a position that isn’t vacant.”

In between, Dmitry Medvedev held the presidency, although Putin, as prime minister, was widely believed to hold true power even in that period.

If you include Medvedev’s time in office, Putin ruled Russia the longest, beating Joseph Stalin’s time in power.

His current term is set to expire in 2024. However in 2020, the constitution changed, allowing him to run for two further six-year terms until 2036 – when he would be 86 years old.

According to Stanovaya, if the economy keeps failing and public discontent grows, another faction might attempt to seize the reins.

“In the case of the president’s death, duties fall to the prime minister. Will Mishustin manage to hold onto power? We have no way of telling,” she told Al Jazeera by phone. “We can talk about these things in the abstract, but in no way should we rely on these thoughts as some kind of forecast.

“It’s very difficult to make predictions about authoritarian countries because we don’t know what will happen. There are no alternative political forces in Russia we can talk about or what one or another faction will do.”

She added that those opposed to Putin can “only fantasise.”

“This brainwashing in Russia has been going on now from an early age. There can only be reforms from the top-down because Putin’s system has existed for too long, it’s taught an entire generation for 20 years already,” she said.

The current opposition in Russia is unlikely to win any post-Putin election, as the government has chipped away at any alternatives over the past 20 years.

Outside of Putin’s United Russia Party, the second-strongest bloc are the Communists, whose leader Gennady Zyuganov is considered “systemic opposition” to provide the illusion of a plural democracy – the Communist Party only rarely goes against Putin.

The most famous opposition figure, at least outside of Russia, is Alexey Navalny, who was handed nine years for embezzlement in March.

But even if he had been free, his actual popularity among Russians is modest.

Yevgeny Roizman, another visible opposition figure who was once the popular mayor of Yekaterinburg, was recently arrested on charges of discrediting the armed forces, which is punishable by three years’ imprisonment.

Perhaps a clue to Russia’s future may be in Uzbekistan, another ex-Soviet republic that was ruled by former Soviet official, Islam Karimov, from independence in 1991, until his death in 2016.

During that time, Karimov extended his time in power through elections, referendums and constitutional reforms deemed by many as rigged.

His family grew richer and dissent was suppressed.

After his death, the media and economy enjoyed more freedom and dozens of political prisoners were released during a period of reform, but otherwise many of the same officials remain in power and the structure of government remains unchanged.

Still, experts say there is hope for a more peaceful Russia, even if the chances for greater democracy are slim.

“It’s unlikely it would be anyone more hawkish [after Putin], but nor should we expect a liberal,” said Galeotti.

“The best we can hope for is a pragmatic kleptocrat who appreciates that the war is bad for business and thus would have very self-interested reasons to scale back the current confrontation. At present, men like Prime Minister Mikhail Mishustin or Moscow Mayor Sergei Sobyanin might fit that mould, but that’s not to say they are ever necessarily likely to rise to power.”

Stanovaya believes that the “siloviki” might turn out to be much more pragmatic.

“Putin is really obsessed with his historical mission, he’s very emotional about Ukraine,” she said.

“It might be easier for the West to deal with siloviki because their ambitions are lower. Even if Russia becomes even more anti-Western, there may be more room in dealing with Russia.”

Last year, Putin told Russians: “A time will come when, I hope, I can say that such and such a person is worthy in my opinion of leading such a wonderful country like Russia, our homeland.”

Evidently, that time has not come yet.

Post Views: 92
Previous What is behind the Armenia-Azerbaijan conflict flare-up?
Next Looking At The Economic Myth Of The ‘Soft Landing’ – Analysis