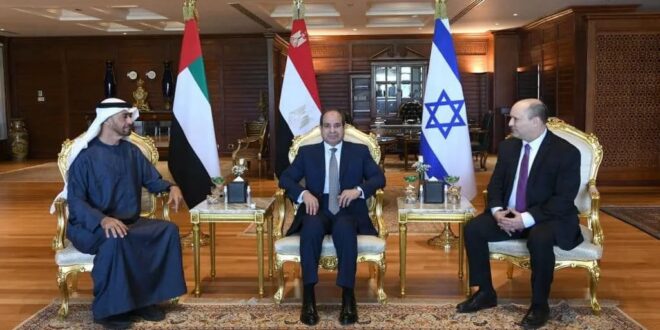 Israeli political and security circles are concerned about the possible fall of Egyptian President Abdel Fattah Al-Sisi amid the ongoing internal crises that Cairo has been facing, an Israeli newspaper reported.

In an editorial written by journalist and expert on Arab affairs, Smadar Peri, Yedioth Aharonoth’s Hebrew site said: “Sisi’s speech last Thursday was one of the harshest, most horrific and ugliest speeches during the past eight years of his rule.”
According to Peri, Al-Sisi wanted to involve Egyptians in the problems facing their country and the “bitter reality that it is going through,” including, the cessation of wheat supplies from Russia and Ukraine, the depreciation of the Egyptian pound, and lack of recovery in the tourism sector which could lead to “mass drowning”, according to Al-Sisi.

However it added: “There are those who claim that Sisi has invested tens of millions of dollars in incorrect places, and that he is a deceiver and knows how to take advantage of his position and demand money from under the table, while distributing it at the expense of his people … [but] it is difficult to find solutions for a poor country like Egypt.”

“Al-Sisi is the neighbour with whom a conversation can be made, as well as with his Minister of Intelligence, Abbas Kamel,” Peri said, noting that Al-Sisi is visiting Qatar to “request economic assistance”, and Israel should hope that he will receive the help he needs.