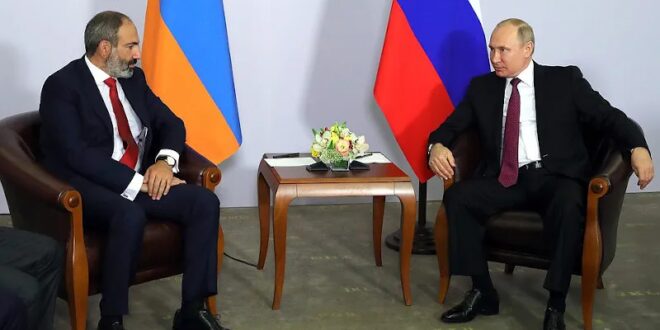 Russian Expert: Armenia Should Stay Away From Falling ‘Russia’ Empire

Russian political scientist and sociologist Greg Yudin believes that Armenia should stay away from a “falling building”, that falling building being Russia.

Yudin said in a thread on Twitter on Friday, September 16 that Azerbaijan’s recent attack on Armenia provides evidence of a catastrophic collapse of Russian foreign policy in a “hugely important region.”

“Azerbaijan is not Ukraine, and Armenia is not Russia. Armenia is a democratic republic where large-scale protests against the government are normal. Azerbaijan is a despotic state,” the expert says.

“Putin completely failed Russia’s peacemaking mission in the conflict. He failed to prevent the war in 2020, even though he had all means to do so. He was preparing his own invasion and didn’t want to challenge [Turkish President Recp Tayyip] Erdogan”.

Yudin says Putin “surely fails” to prevent the bloodshed now, because the Russian army is “drowning in a quagmire” in Ukraine instead of being where it could actually be useful.

“Armenia has reached out to the U.S., France, and Great Britain that had been sidelined as moderators in 2020. [House Speaker] Nancy Pelosi’s urgent trip to Yerevan is a recognition that Russia is no longer a guarantor of security in the region,” he says.

“CSTO is brain-dead. It failed to support Armenia when it explicitly requested it. In 2020, Putin declared that Armenians should blame themselves for not calling Karabakh their own territory. Now even this excuse is missing, so CSTO simply told Armenians to shut up․”

“I am very grateful to the people of Armenia for their warm hospitality, and I was several times asked for an advice on Armenian foreign policy in current extremely precarious situation․ My advice always was “Stay away from the falling building”. Russia is a falling empire, and its collapse will create a lot of instability,” the expert added.

The Armenian Defense Ministry said on Saturday, September 17 morning that there was no change in the situation on the Armenian-Azerbaijani border. The latest round of fighting erupted in the wee hours of September 13, when Azerbaijan launched a large-scale offensive along the border, also targeting civilian settlements deep behind the frontline. At least 135 people were killed in the aggression from the Armenian side.