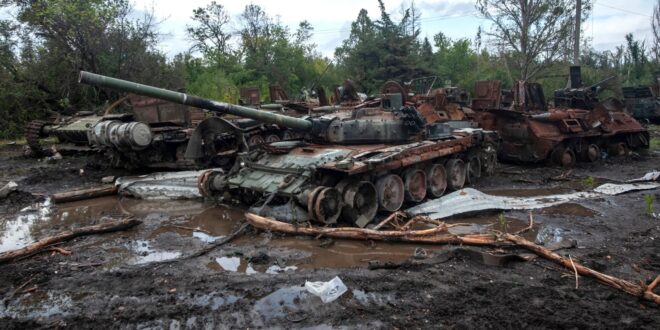 The Tide Turns in Ukraine

Over the last ten days, Ukrainians have achieved astonishing gains over the Russian army. For six months, the Kharkiv region, in Ukraine’s east, has suffered through battle and Russian occupation. Now, Ukrainians are driving retreating Russian units as far as the pre-war border.

The operational situation is fluid and dynamic — and final victory is far from assured — but the outlines of what has transpired have begun to come into focus. After February’s bungled initial invasion, which saw Russian troops on the outskirts of Kharkiv, a city of more than a million, the Russian high command retrenched in the face of its embarrassing failures and horrifying combat losses. The often-unsupported “thunder runs” and lightning attacks of the early weeks of the war were replaced with an unimaginative, but largely solid and effective, new strategy: Russia would return to its traditional way of war, relying on concentrated artillery fires and mass to, first, clear the Ukrainian army from the “land bridge” to Crimea along the Sea of Azov in Ukraine’s south and, then, push the Ukrainians out of the contested Luhansk and Donetsk provinces.

As spring turned into summer, the Russians had, through sheer brutality and force, largely accomplished these tasks. Yes, the Russians had lost irreplaceable men and matériel, and, yes, the Ukrainian army had not been defeated or destroyed despite suffering staggering losses, but Russia held the terrain — as much as one-fifth of Ukraine — and as energy prices soared in Europe and a cold winter loomed, it seemed like Vladimir Putin might yet win this war. Ukraine, despite the help it was receiving from the West, showed no signs of being able to reclaim its lost provinces — at least not before the energy crisis forced the Europeans to nudge Kyiv to the negotiating table. In the meantime, the Kremlin was planning to hold sham referenda in the occupied regions in order to claim a patina of legitimacy and legality for its brutal occupation.

But Kyiv understood that the balance of power was shifting. Because the Kremlin has so far resisted ordering a general mobilization, the Russian army was being continually whittled down, while Ukrainian forces, supported by a nation in arms, were growing, gaining training, experience, and confidence, and, critically, were being re-equipped through Western aid. In recent weeks, the Ukrainian military had begun conducting audacious attacks on Russian air bases in Crimea, while its U.S.-supplied HIMARS precision-strike rocket-artillery systems were beginning to take a toll on Russian readiness and morale by the steady targeting of fuel, ammunition, and supply dumps, bridges and railroad yards, and command-and-control infrastructure.

What the Ukrainians did next was clever and a classic example of maneuver warfare. While telegraphing that its long-planned counteroffensive would come in the south near the port city of Kherson, the Ukrainian army quietly began to build up combat power in the north, near Kharkiv. In response, the Kremlin began redeploying units — including some of the best-equipped and best-trained Russian forces — to the Kherson front to defend against the coming Ukrainian attack. The result has been catastrophic for Putin’s army.

After fixing the Russians into their planned defense of Kherson, the Ukrainians attacked in the north.

Poorly led and undisciplined Russians, confronted by the highly motivated sons of Ukraine, fell back, then broke. In recent days, their retreat has become a rout, and the roads toward the eastern border lie littered with abandoned tanks, BMPs, and equipment of all kinds. This past week, the Ukrainian army has regained hundreds of square miles of its native soil — as much territory as it had lost in the last three months of war — and dozens of towns and villages have been liberated.

What comes next will be critical. The long history of warfare has shown that an army is at its most vulnerable in retreat. The Russians find themselves at a moment of crisis. A prudent general in command of a beaten army would do everything in his power to stabilize and shorten his lines. He would order a retreat behind a defensible barrier, such as the Dnipro River near Kherson — redeploying his army even if it meant the abandonment of terrain it had already fought for and bled over. And he would prepare to counterattack the Ukrainians as their advancing forward units reached a culminating point at the limits of human and logistical endurance.

Will the Russians be so prudent? Rumors are swirling of dissatisfaction in the Kremlin. Vladimir Putin’s credibility rests on his aura of competence and the propaganda of Russian victory. Gambling to save face, he may not follow the most prudent course of action. But battlefield defeat could reveal Putin’s regime to be very brittle indeed.

Whatever the Russians do, the path forward for America is clear. We must redouble our efforts to support a Ukrainian army with a demonstrable will to fight and that has once again proved itself capable of taking the war to the enemy. We must warn Moscow — in public and private — that tactical nuclear weapons would foreclose Moscow’s options and the West’s ability to negotiate, and would amount to an enormously dangerous gambit whose result cannot be foreseen. And the Biden administration must make clear to wobbly Europeans that they cannot allow a weakened Kremlin — armed only with energy hostage-taking and nuclear saber-rattling — to bully them into surrendering.

Russia is capable of losing this war. And the Ukrainian people have proved that they, with our help, can win it.