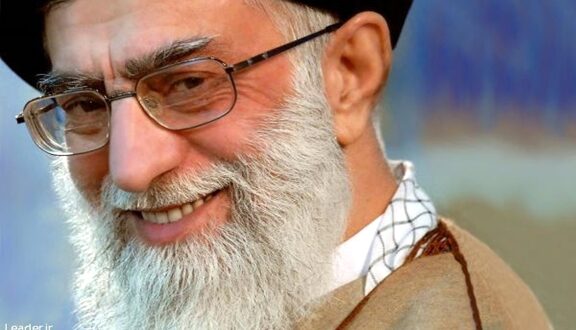 For more than a year, the Iranian population has taken to the streets to ask for more rights and more jobs. However, it seems that the West became aware only now of the existence of demonstrations in Iran against the dictatorial regime. The Iranians have tried in every possible way to communicate to the West that the regime of the ayatollahs does not represent them. This became clear with the elections of June 2021, in which the real winner was not the current ultra-conservative president Ebrahim Raisi, but “the boycott.” The Iranians had in fact chosen not to go to vote, in order not to give legitimacy to the government.[1]

“See No Evil, Hear No Evil, Speak No Evil”

Since June 2021, the frequency of the demonstrations, with cries of of “Down with the supreme leader Khamenei,”[2] “Death to the Dictator,” “Enough with Khamenei,” “We are not afraid,” and “Unite, Unite,” has increased to become a daily occurence.[3] In a viral video from August 2021, Iranian composer Sattar Oraki bravely said from the stage of the independent documentary film festival in Tehran: “I do not attend the Friday prayers, but on this occasion, I am supposed to chant some slogans, and say: Death to America, Israel… But we have already shouted these death slogans many times. Death to that group of incompetent and inadequate officials who brought our country to this state! Death to those officials! Death! I hope that the bullets that they aim and shoot at the chests of our youths will soon [become] a spear that will turn against them, [as punishment] for the youths who seek water, food, and work, and are killed in this way.”[4]

Unfortunately, only after the killing of the young Mahsa Amini, arrested and beaten to death by the morality police for not “properly” wearing her hijab, the West is realizing that Iranians do not want this regime. Nevertheless, despite the bewilderment, the United States still seems to want to dialogue with Iran, in haste out of a desire to reach an agreement and renew the nuclear deal.[5] Yet, this means continuing to legitimize the ayatollahs’ rule, even as men and women in the streets of Tehran shout: “Khamenei, [you] evil man, we will bury you in the ground!”[6]

Hence, it is becoming increasingly self-evident that the Iranian regime is being kept alive by the West itself, which seems to have a soft spot for Islamic dictatorships. During the Arab Spring, all Western newspapers promoted and cheered the collapse of secular dictatorships, such as those of Tunisia’s Zine El Abidine Ben Ali and Egypt’s Hosni Mubarak. Yet, when it comes to an Islamic dictatorship, the international media “see no evil, hear no evil, speak no evil.” No one talks about or supports the Iranian people that, since last June 2021, are constantly demonstrating against the regime and its symbols (such as the hijab).

The West’s Deafness To The Cry For Freedom

Now that the 22-year-old Mahsa Amini has been killed, the international media will make some noise – but not too much – commenting about the oppression of the headscarf, while telling us a second later that the hijab is a symbol of cultural pride, but without putting too much in doubt the ayatollahs’ regime. The media may tell us that Raisi is “bad,” because he belongs to the “conservative” camp, while Mohammad Khatami was “good,” because he was a “reformist.” Yet, Raisi and Khatami are part of the same regime, as they both recognize the Islamic Republic and its supreme leader Khamenei. On the other hand, the Iranians are telling us loud and clear during the demonstrations: “Death to the Velayat!” The Velayat-e-Faqih (“Rule of the Jurisprudent”) is the system of governance in Iran that entrusts rule over the state to the clergy.[7] However, after a few weeks of talking about Mahsa Amini, the West will forget her, as has already happened in the past, because the inexplicable fatal attraction of the West toward the Islamist regimes and movements (from the Muslim Brotherhood to the Islamic Republic of Iran) is louder than any cry for freedom.

Post Views: 100
Previous US extends military support for Iraq’s Kurdistan Region
Next The US Dollar As The World’s Dominant Reserve Currency – Analysis