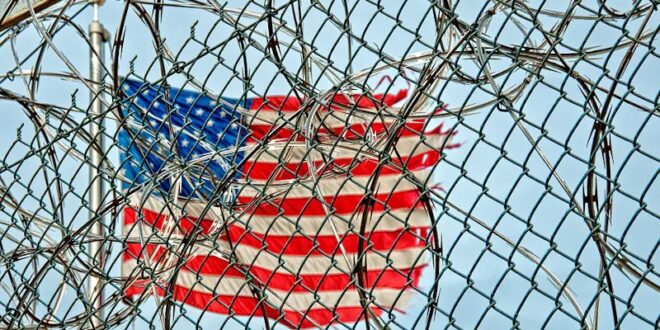 US Hypocrisy Knows No Limits – OpEd

President Biden’s condemnation of Russia at the UN on Wednesday, where he claimed Russia had violated the UN Charter by invading Ukraine, a country he ludicrously posed “no threat” to its larger neighbor, is epic hypocrisy coming from the leader of a country that not long ago invaded and destroyed Iraq based on a total fraudulent claim asserting that country was developing or even already had weapons of mass destruction.

It is illegal under the UN Charter for any country to invade or threaten to invade another country unless it is sanctioned to do so by the UN Security Council, or unless it faces an imminent threat of attack by that country.

Now under that Charter, which is a formal treaty signed and adopted by both the United States and the Soviet Union and its successor Russia, President Putin’s invasion of Ukraine is to be sure illegal and a “Crime against Peace” under the UN Charter, but the US, of all nations on the UN Security Council, is the last country, and Biden, as president of the US, is the last world leader of such nations to be leveling that accusation.

How many nations has the US invaded illegally, just since WWII? Let’s see, should we start from the most recent and go backward? There are so many, none of them ever posing a threat — imminent or otherwise — to the US:

I know I have left some US wars and invasions out, including the Bay of Pigs invasion of Cuba that involved US-trained Cuban exiles the used hoping to create an uprising in 1961 against Castro’s government that would allow the US to enter the battle on some pretext.

The point is, the US, the primary violator in the world since World War II of the UN Charter, not to mention the primary perpetrator of massive war crimes against civilian populations over that period, is simply in no position to criticize the Soviet Union, even if its invasion of Ukraine is illegal under the Charter.

This is especially true because it is undeniable that the US helped orchestrate the coup and immediately backed its ouster of the pro-Russian electedgovernment, actually hand-picking an unelected fascist and anti-Russian replacement government in 2014 that began threatening, harassing and attacking ethnic Russians, particularly in eastern Ukraine. It is also undeniable that the US has long hoped to pull Ukraine away from Russia and to bring it into NATO, which would allow it to put military bases and US planes and rockets there, only minutes away from Russia’s capital and industrial heartland.

The difference between the threat posed by US actions in Ukraine, especially since 2014 and what the US considered “threats” in any of its wars listed above is incredibly vast.

I don’t believe that Russia should have invaded Ukraine. That country’s government was apparently ready to avoid war by agreeing to remain neutral, not to join NATO or allow US bases or weapons systems on its territory, and probably to reach some deal on autonomy or independence for the far eastern provinces of Donetsk and Luhansk, but Putin decided to try for a whole loaf, or a larger piece of Ukrainian territory, which hasn’t been going very well for him.

That said, Biden, head of a country that has wasted trillions of dollars on unjustified and illegal wars since the end of World War II — wars that have killed millions of people, the vast majority civilian men, women and children — should STFU and start working for an end to that conflict starting with a ceasefire in place and negotiations to reach a mutually acceptable end to the mutual blood-letting.

Biden has no standing to call Russia a war-criminal nation. The US holds the unassailable prize in that wretched category. It was true when Martin Luther King Jr. said it at Riverside Church in 1967 as the US invasion of Vietnam was underway, and it is even truer today after another half-century of criminal US wars.