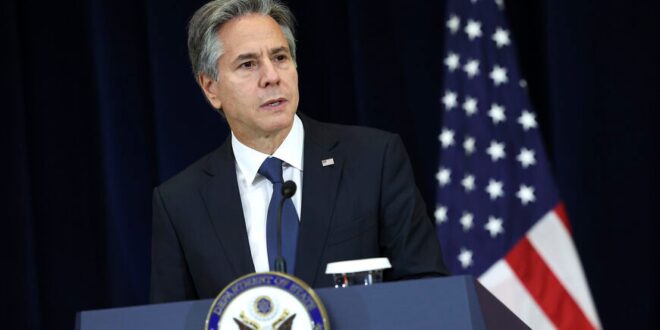 The Biden administration on Thursday blacklisted entities in China, Hong Kong, Iran, India and the United Arab Emirates over their alleged involvement in Iran’s petrochemical trade.

The United States announced fresh sanctions Thursday on an international network of companies it says are involved in the sale of Iranian petroleum and petrochemical products.

The Treasury Department’s Office of Foreign Assets Control designated a group of brokers and front companies based in Hong Kong, Iran, India and the United Arab Emirates over their alleged involvement in Iran’s petrochemical trade.

The State Department also imposed sanctions on two China-based entities — Zhonggu Storage and Transportation Co. Ltd, which allegedly operates a commercial crude oil storage facility for Iranian petroleum, and WS Shipping Co Ltd, which the department described as the ship manager for a vessel that has transported Iranian petroleum products.

The sanctions come as efforts to revive the nuclear agreement known as the Joint Comprehensive Plan of Action (JCPOA) remain deadlocked, mostly over Iran’s demand that the International Atomic Energy Agency close its years-old probes into uranium traces discovered at three of Iran’s undeclared nuclear sites.

The Trump administration withdrew from the nuclear deal in 2018 and reimposed tough sanctions that have strangled Iran’s economy. The latest economic sanctions are reversible in the event of Iran’s return to JCPOA compliance, the Treasury Department noted in its announcement.

In the absence of a renewed nuclear pact, Secretary of State Antony Blinken warned Thursday the United States would continue to use its sanctions authorities to crack down on Iran’s petroleum exports.

“As Iran continues to accelerate its nuclear program in violation of the JCPOA, we will continue to accelerate our enforcement of sanctions on Iran’s petroleum and petrochemical sales under authorities that would be removed under the JCPOA,” Blinken said in a statement.

“These enforcement actions will continue on a regular basis, with an aim to severely restrict Iran’s oil and petrochemical exports,” he said. “Anyone involved in facilitating these illegal sales and transactions should cease and desist immediately if they wish to avoid U.S. sanctions.”