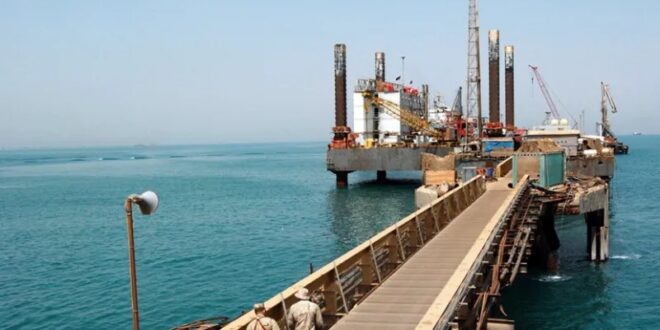 Iraq (Federal Iraq and Kurdistan Regional Government) is the second-largest crude oil producer in OPEC after Saudi Arabia. It holds the world’s fifth-largest proved crude oil reserves, at 145 billion barrels, representing 17% of proved reserves in the Middle East and 8% of global reserves.1 Most of Iraq’s major known fields—all of which are located onshore—are producing or are in development.2

We estimate that Iraq’s crude oil production capacity was 4.6 million b/d as of mid-2022, down from 4.8 million b/d in 2020. Export infrastructure at the southern oil terminals is constrained, and midstream projects are often delayed because of insufficient investment and bureaucratic hurdles. Iraq’s rising oil production since the second half of 2020 depleted its spare capacity to less than 200,000 b/d by mid-2022.4

Crude oil export revenues account for a large part of Iraq’s economy. In 2019, crude oil export revenue accounted for an estimated 92% of Iraq’s total government revenues, according to the International Monetary Fund (IMF).5After falling to $42 billion in 2020, Iraq’s oil revenues rose to more than $75 billion in 2021, driven by higher oil prices.6 We expect that the further increases in oil prices in 2022 and higher crude oil production in Iraq, following the reversal of the OPEC+ agreement cuts, will significantly increase Iraq’s oil export revenues and offset some of the cost inflation of petroleum products and other goods and services.7

Federal Iraq held parliamentary elections in October 2021. Although the party of Moqtada al-Sadr won the general election, the party could not form a consensus government nor elect a president. As of August 2022, Federal Iraq still has no government in place, which it needs to pass the annual budget. Because it does not have a ratified federal budget, Iraq runs the risk that project financing and investment decisions it made with companies under the interim government could be delayed or overturned once a new government forms.8

Iraq consumed an estimated 2 quadrillion British thermal units of total primary energy in 2021, making it the fourth-largest energy consumer in the Middle East behind Iran, Saudi Arabia, and the United Arab Emirates.9Natural gas and oil accounted for almost all of Iraq’s total primary energy consumption; hydropower and solar energy contributed marginally (Figure 1). Iraq will continue to mostly use oil to meet demand until it develops more natural gas processing capacity and pipeline infrastructure.

Federal Iraq refers to the political entity that is governed by the central government of Iraq in Baghdad. KRG, the official ruling body of the semi-autonomous region in northern Iraq that is predominantly Kurdish, has been involved in disputes with the central government related to sovereignty. The KRG held a non-binding independence referendum on September 25, 2017, in which more than 90% of voters preferred independence.

In October 2017, following the referendum, Iraq’s central government forces took over some oil fields in the Kirkuk area, along with other vital infrastructure such as border crossings and airports. Subsequently, Federal Iraq’s North Oil Company (NOC) took over operations of the Avana Dome, Baba Dome, and Bai Hassan oil fields. The NOC continues to operate the Qubbet Baba, Jambour, and Khabaza oil fields located near Kirkuk.10

By the end of October 2017, northern Iraq production (including production from both the KRG and from Federal Iraq) had decreased to about half of the pre-referendum volume of nearly 600,000 b/d. Northern Iraq production has mostly returned to pre-referendum averages during the past few years because small oil firms increased production at existing fields and brought several small fields online in the KRG-controlled area. KRG oil production declined slightly after reaching nearly 470,000 b/d in 2019 because of a decline in international oil company (IOC) investment in exploration and field development and challenges resulting from the COVID-19 pandemic. ExxonMobil withdrew from its last license in Kurdistan in 2021.11

Control over rights to the reserves is a source of considerable controversy between the ethnic Kurds and other groups in the area. According to Rystad estimates, as of May 2022, the KRG-controlled areas held about 3.7 billion barrels of oil resources.12 The KRG estimate of 45 billion barrels is likely higher because they include both unproven reserves and the disputed Kirkuk area fields.13

In February 2022, Federal Iraq’s Supreme Court ruled that the KRG does not have the authority to produce or to market oil and natural gas and that all contracts the KRG signed with international oil companies and oil service companies are illegal. The KRG government rejected the ruling and asserted that it has a constitutional right to export oil produced in Kurdistan. The dispute is ongoing, and Federal Iraq has put legal pressure on several companies operating in Kurdistan.14 This legal conflict could slow Kurdistan’s oil and natural gas production if several oil companies decide to permanently halt their operations in the region in response to the court ruling.

Petroleum and other liquids

Iraq’s crude oil production (excluding condensates) averaged 4.1 million barrels per day (b/d) in 2020 and 2021, which was 600,000 b/d lower than in 2019 (Figure 2). More than 3.6 million b/d was produced under the central government in Baghdad, and about 445,000 b/d was produced at the northern fields currently operated by the KRG.15 Iraq created a fourth crude oil grade, Basra Medium, by separating it from the Basra Light grade in January 2021. Basra Light, which used to account for Iraq’s largest crude oil stream, accounted for nearly 1.2 million b/d of Iraq’s total production in 2021. Iraq’s state oil marketer ended exports of Basra Light in January 2022 and now produces the grade solely for domestic refineries.16

Iraq’s oil ministry intends to lift its crude oil production capacity to 8 million b/d by 2028 and will target several upstream expansion projects from fields in southern Iraq to boost the country’s output (Table 1).18 Some of these projects are likely to be delayed by Iraq’s political struggles in forming a government, the lack of a budget, and the international oil companies’ uncertainty about the investment climate.

Iraq’s oil production requires more water injection to maintain its reservoir pressures and increase oil production. TotalEnergies intends to invest in a 7.5 million b/d seawater conversion project as part of its energy deal with Iraq to bolster oil production from mature fields in southern Iraq.26 The seawater conversion project has been delayed for several years, and if the agreement with TotalEnergies is not finalized by the next government, it could incur further delays.

Iraq consumed about 850,000 b/d of petroleum and other liquids in 2021. Liquids consumption in Iraq has grown by an average 3% per year during the past decade. Domestic refineries meet most of Iraq’s petroleum product needs; however, Iraq imports some petroleum products, primarily gasoline and diesel.27 Iraq also uses crude oil for electric power generation.28

Iraq’s total effective refining capacity is about 900,000 b/d. The Iraqi government plans to reduce petroleum product imports by rehabilitating the refining sector and building new refineries, but the government has struggled in its efforts to attract the foreign investment needed in the downstream sector. Iraq’s refineries produce more heavy fuel oil than is needed domestically and not enough gasoline and diesel to meet domestic demand. Several new refineries are planned, along with capacity expansion and upgrades at a number of existing refineries, to alleviate domestic product shortages, reduce government import costs for oil products, and eventually increase exports of refined products. Iraq expects to commission two refinery projects by 2023. The South Refineries Company is expanding its Basra refinery by 70,000 b/d.29 Also, Iraq’s oil ministry may begin operations at the new 150,000 b/d Karbala refinery in central Iraq by 2023.30 Other refinery projects are still in the planning stages, although Iraq’s regulatory challenges and economic issues are hurdles for potential investors.