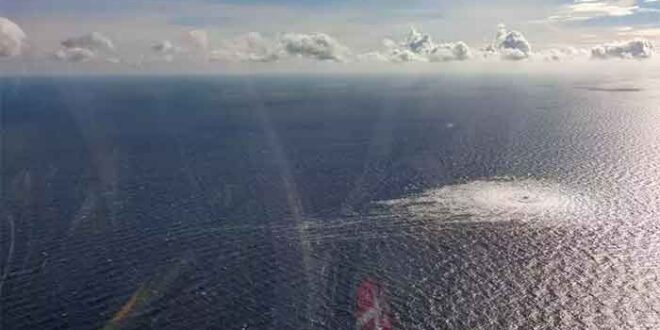 Jeffrey Sachs and a former Pentagon Advisor expressed their opinions on the Nord Stream leaks. Economist Jeffrey Sachs speculated on Monday that the sabotage of the Nord Stream pipelines was the work of the U.S. and maybe Poland, to the chagrin of Bloomberg TV hosts who quickly tried to change the subject. Now a professor at Columbia University, Sachs became notorious in Russia for masterminding the “shock therapy” reforms in the 1990s – but has been sharply critical of the West’s approach to the conflict in Ukraine in recent months.

Invited to Bloomberg’s ‘Surveillance’ show on Monday, Sachs was asked to comment on Russia he “knew so well” under President Boris Yeltsin. Instead, the hosts scrambled to cut him off after he said the conflict is “on the path of escalation to nuclear war” and did not start in February 2022.

“Most of the world does not see it the way we describe it,” Sachs told Bloomberg’s Tom Keene, at which point co-host Lisa Abramowicz tried to change the subject to inflation in Europe.

The EU is in a “very sharp economic downturn,” Sachs agreed. The continent was “getting hammered” by energy shortages, made worse by “the destruction of the Nord Stream pipeline which I would bet was a U.S. action – perhaps U.S. and Poland,” he managed to add before Keene cut him off, asking for evidence of that claim.

“Well first of all, there is direct radar evidence that U.S. helicopters that are normally based in Gdansk, were circling over this area. We also had the threats from the U.S., earlier this year, that ‘one way or the other, we are going to end Nord Stream. We also have the remarkable statement by Secretary Blinken last Friday in a press conference; he says ‘this is also a tremendous opportunity.’ Sorry, it is a strange way to talk if you are worried about piracy on international infrastructure of vital significance,” Sachs retorted.

Western media says Russia blew up Nord Stream. But why would Moscow destroy pipelines it spent billions of dollars building?

“I know this runs counter to our narrative, you are not allowed to say these things in the West, but the fact of the matter is – all over the world, when I talk to people, they think the U.S. did it,” he added.

Abramowicz again tried to change the subject, saying Bloomberg couldn’t provide “counterbalance” to what he was saying. Undeterred, Sachs answered the next question by describing the current situation as “the most dangerous moment since the Cuban Missile Crisis” in 1962, with the U.S. picking fights with both Russia and China, without any attempts to de-escalate things.

Currently director of the Center for Sustainable Development at New York’s Columbia University, Sachs gained notoriety among the Russians for his “shock therapy” reforms in 1991-1993. The overhaul of the entire Soviet economy ended up destroying the lives of millions of Russians and handing the country’s wealth over to a handful of oligarchs.

Washington and London are the most likely culprits behind last week’s attacks on the Nord Stream pipelines, former Pentagon advisor and retired U.S. Army Colonel Douglas Macgregor has claimed. He said the sabotage ploy would help ensure that Germany cannot back away from arming Ukrainian forces against Russia.

Speaking in an interview with podcast host Andrew Napolitano, Macgregor dismissed suggestions that Russia was responsible for the explosions that sprung leaks in the Nord Stream conduits, which carry natural gas across the Baltic Sea to Germany. “The Russians did not do this,” he said, noting that Russia’s economy is heavily dependent on energy exports. “This notion that they did, I think, is absurd.”

Macgregor, a special advisor to the secretary of defense under then-President Donald Trump, pointed out that explosives equivalent to thousands of pounds of TNT had to have been used to breach the pipelines. “You have several inches of concrete around various metal alloys to move the natural gas, so it is not something that you could simply drop a grenade down at the end of a fish line and disrupt.”

Considering the level of sophistication required to pull off such an attack, Macgregor said, “You have to look at who are the state actors that have the capability to do this, and that means the royal Navy, the United States Navy, special operations.” He noted that former Polish foreign minister Radoslaw Sikorski reacted to the Nord Stream attacks by saying, “Thank you, USA.”

The pipeline blasts came at a time when German leaders were “beginning to give impression that they were no longer going to go along with this proxy war in Ukraine,” Macgregor said. He added, “It is very clear that we have foreclosed Berlin’s options. Berlin was drifting away from this alliance. [German Chancellor] Olaf Scholz said ‘I am not sending any more equipment. I would not send any tanks. Now he is in a bind because the United States has simply robbed him of the option of bailing out. Who is going to supply him gas and oil and coal and everything else if he bails out? Where does he turn now?”

However, Macgregor said that such a strategy could backfire as the consequences of the Ukraine crisis cause more suffering among the German people. Just as Italians voted their leaders out, Scholz’s ruling party may fall, he added. “I think we are on the very slippery, dangerous path that we never wanted to be on, which is the path to the end of NATO.”

The sabotage of Russia’s Nord Stream gas pipelines benefits the U.S., not Russia or the EU, Russia’s permanent representative to the UN Vassily Nebenzia said on Friday.

“The main question is whether what happened to Nord Stream is beneficial to the U.S.? Absolutely. U.S. suppliers of liquefied natural gas should now celebrate a several-fold increase in LNG supplies to the European continent. And from the political point of view – the last thread ensuring EU independence in the terms of energy has been severed,” Nebenzia said at the UN Security Council.

He added that while even European production is being hastily transferred to the U.S. amid the energy crisis, Europe’s population is now headed toward “a very dark, cold and long winter.”

“Is the destruction of Nord Stream beneficial to European states? Hardly. They would then become dependent on a more expensive and highly unreliable supplier. I am referring to the host country of the UN headquarters. Leaving aside the Polish, Czech and Baltic politicians, who are completely insane with Russophobia, even with all the anti-Russian hysteria in the EU, experts cannot fail to understand the danger of such a scenario and its consequence for the European economy,” the diplomat stressed.

Furthermore, according to him, “if we think in terms of common sense, rather than in the spirit of the morbid fantasy that the Russians are willing to do anything to intimidate Europe,” Russia would also hardly benefit from jeopardizing its own pipeline.

“it makes no sense for us to ruin with our own hands a project in which we have invested an enormous amount of money and from which we could get a substantial economic return. You yourself in the West have said that we make a profit on energy exports and benefit from rising energy prices,” Nebenzia pointed out.

Russian President Vladimir Putin put the blame for the situation on Western nations, saying that “sanctions are not enough for the Anglo-Saxons” and that they have now “moved to sabotage.”

Russia may be able to fix the Nord Stream 1 and 2 pipelines, which were damaged earlier this week, Deputy Prime Minister Aleksandr Novak said on Sunday.

“There are technical possibilities to restore the infrastructure, it requires, time and appropriate funds. I am sure that appropriate opportunities will be found,” Novak told Russia 1 TV.

According to the official, however, the first step should be to determine who is behind the incident.

“As of today, we proceed from the fact that it is necessary, first of all, to figure out who did it, and we are sure that certain countries, which had expressed their positions before, were interested in it. Both the U.S. and Ukraine, as well as Poland at one time said that this infrastructure is not going to work, that they will do everything to make sure of it, so, of course, it is necessary to seriously look into it,” Novak stated.

Citing German security services, Der Tagesspiegel newspaper earlier reported that the damaged routes could be permanently out of use if they are not repaired quickly, as salt water could cause corrosion.

The incident is widely considered to be the result of sabotage. Russia has called it a terrorist attack. While those behind it have not yet been identified, Moscow has blamed the U.S.