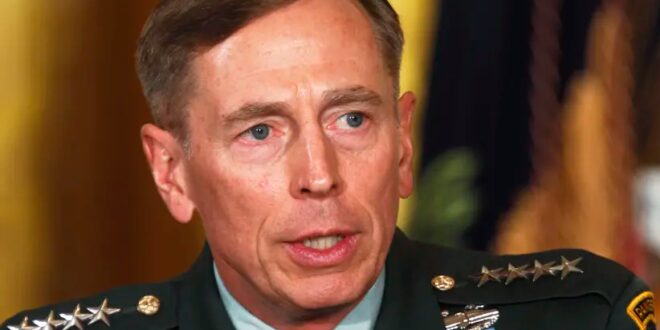 The warning comes after Putin and several others in his inner circle have expressed support for the use of nuclear weapons.

Former CIA director and retired four-star army general David Petraeus warned Sunday that the US army would destroy the Russian army if they were to use nuclear weapons on Ukrainian soil.

“Just to give you a hypothetical, we would respond by leading a Nato – a collective – effort that would take out every Russian conventional force that we can see and identify on the battlefield in Ukraine and also in Crimea and every ship in the Black Sea,” Petraeus told ABC News’ “ABC This Week” anchor Jon Karl.

The warning comes after Putin and several others in his inner circle – such as Chechen leader Ramzan Kadyrov – have expressed support for the use of nuclear weapons.

Petraeus added that while a NATO response would be in order in the event of a Russian nuclear strike, the situation would not necessarily invoke NATO’s Article 5, which stipulates that if a NATO Ally is the victim of an armed attack, each and every other member of NATO would come to their defense.

“You don’t want to, again, get into a nuclear escalation here. But you have to show that this cannot be accepted in any way,” said Petraeus regarding to Russia’s recent annexation of four regions in the west of Ukraine.

As the Ukraine-Russia War enters its eight-month, Russia has ramped up its defensive rhetoric, with some prominent members of the Russian government calling for potential nuclear action.

“Those who are trying to blackmail us with nuclear weapons should know that the wind can turn in their direction,” warned Russian president Vladimir Putin in a late-September pre-recorded speech, “When the territorial integrity of our country is threatened, we will certainly use all the means at our disposal to protect Russia and our people… This is not a bluff.”

Putin’s remarks may be the most significant, but are not the only such comments made recently by Russian leadership regarding to the possibility of nuclear conflict. Russia’s Ambassador to the US, Anatoly Antonov, called on the US and Western powers to stop threatening Russia’s territorial integrity and collaborating with Ukrainian armed forces – noting that the risk of nuclear conflict remains – in a September 28th op-ed. A few days later, controversial Chechen dictator Ramzan Kadyrov said “low-yield” nuclear weapons should be used in annexed and disputed territories, going as far as to criticize Moscow for being too “soft.”

Petraeus, the retired four-star general who was CIA Director from September 6, 2011 until his resignation on November 9, 2012, said the US military establishment was unfazed by the comments. “It can still get worse for Putin and for Russia. And even the use of tactical nuclear weapons on the battlefield won’t change this at all,” Petraeus said, pleading for Russia to come to the negotiating table with Ukraine.

Post Views: 83
Previous What is Russia’s Poseidon nuclear torpedo drone, and can it cause a nuclear tsunami?
Next Europe Faces Unprecedented Risk Of Gas Shortage This Winter, Warns IEA