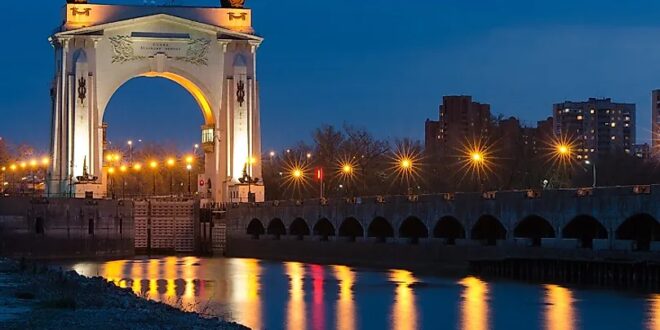 By strengthening alternative transit corridors, Moscow hopes to counter tightening Western economic sanctions and transit restrictions adopted in response to Russia’s all-out assault on Ukraine. One of the most important prospects for Russia in this regard is to strengthen shipping and transit cooperation with Iran in the Caspian Sea. To this end, “Iran’s northern port of Noshahr has welcomed the first Russian roll on/roll off (Ro-Ro) cargo vessel in 21 years” (Press TV, May 4), and the first shipment transiting the Russia-Iran-India multimodal route passed through Astrakhan Port, specifically the Solyanka part (Russia); the Bandar Abbas and Chabahar ports (Iran); and Nhava Sheva Port (India) (see EDM, July 13). In addition, “Iran and Russia have reached an initial agreement for launching a joint shipbuilding venture in the Caspian Sea” (Pars Today, June 17).

In this process, Ali-Akbar Safaei, head of the Iranian Ports and Maritime Organization, after a meeting with Russian Deputy Transport Minister Dmitry Azarov in Tehran, announced Moscow’s readiness to allow Iranian ships to pass through the Volga River (MANA, October 10). This development is the latest in a number of moves designed to expand shipping and transit cooperation between Iran and Russia in the Caspian Sea, which have increased since the beginning of the Kremlin’s war against Ukraine. Before this, Russia did not allow foreign ships, including Iranian ships, to pass through the Volga River nor utilize the Volga-Dan Canal. In fact, the Russian authorities consider this river to be an internal waterway, and due to national security considerations, Moscow did not allow foreign ships to pass through the Volga and its existing channels inside Russian territory. Therefore, Iranian ships had to transfer their containers to Russian ships at Astrakhan Port so the shipments could reach their final destination inside Russia or move onward to the Black Sea through the Volga-Don Canal.

If such an agreement becomes final and is then implemented, which is not so far-fetched given the current state of relations between Tehran and Moscow, Iran will have access to the longest river in Europe, which begins in Tver Oblast (about 400 kilometers north of Moscow) and ends in Astrakhan (southern Russia) on the northern shore of Caspian Sea, passing through 15 Russian regions, including Samara, Nizhny Novgorod, Kazan and Volgograd. Indeed, Iranian ships would be able to use the Volga-Don Canal, which provides the shortest navigable connection between the Caspian Sea and the Mediterranean, via the Sea of Azov and the Black Sea.

However, some ambiguities and challenges remain for full implementation of this agreement. To begin with, the average length of time for suitable navigation on the Volga-Don Canal is only 200 days a year, as it is usually frozen from November to April. Therefore, in the most optimistic conditions, Iranian ships will only be able to pass through the canal starting in May 2023.

Another important challenge is the fact that commercial ships with a cargo capacity that exceeds 5,000 tons will not be able to pass through the Volga River and Volga-Don Canal due to the water’s shallowness in places. Currently, Iran’s shipping capacity in the Caspian Sea without such ships is limited. Therefore, following the agreement to grant permission to Iranian ships to cross the Volga, Russia is expected to sign new contracts for the sale of a number of ships with a maximum capacity of 5,000 tons—even secondhand ships—to Iran, which will lead to significant revenues for shipbuilding companies in Astrakhan and other areas around the Volga. Indeed, the Iranian ambassador to Russia, Kazem Jalali, has announced, “The country’s Khazar Sea Shipping Lines is negotiating with Russia to buy cargo and Ro-Ro ships to use along the Caspian Sea lines in order to expand trade between the two countries” (Tehran Times, July 22).

Adding to the aforementioned difficulties, most of the Volga River’s channels have not been repaired or even dredged since the fall of the Soviet Union, increasing the risk of serious accidents and making portions of the river impassable for all vessels, save the smallest and lightest of crafts (see EDM, August 6, 2020). In addition, the severe lack of dredging has caused the waters to become more shallow, which has increased the difficulty of moving ships through the Volga and Volga-Don Canal. For this reason, Denis Vitsnarovsky, deputy head of FSUE Rosmorport’s capital construction and repair division, recently announced that “the project on reconstructing the Volga-Caspian Seaway Canal will start in 2023–2024, with it being completed by 2028. The scope of dredging is preliminary estimated at 15 million bcm [billion cubic meters]. The main goal of the program is to ensure safe passage of vessels with a draft of up to 4.5 meters” (Dredging Today, February 16). At least initially, it seems that the fees that would accompany approving the transit rights of Iranian ships to pass through the Volga and the Volga-Don Canal could cover a significant portion of the estimated expenses for Russia’s reconstruction and dredging of these waterways.

All these developments clearly underline Russia’s more serious attention to bolstering maritime trade and shipping ties with Iran in the Caspian Sea. It seems that Russian officials, under the current conditions of Western sanctions and transit restrictions, have agreed to give concessions and demonstrate some flexibility with Iran on issues with which they were not willing to before the war. Cooperation on the construction of the Rasht-Astara railway (see EDM, May 16), sending Russian Ro-Ro cargo vessels to Iranian ports, selling ships to Iran in the Caspian Sea and Moscow’s readiness to allow ships under the Iranian flag to pass through the Volga River and the Volga-Don Canal clearly demonstrate the Kremlin’s approach, which may indeed strengthen the political and economic ties between Tehran and Moscow to unprecedented levels.