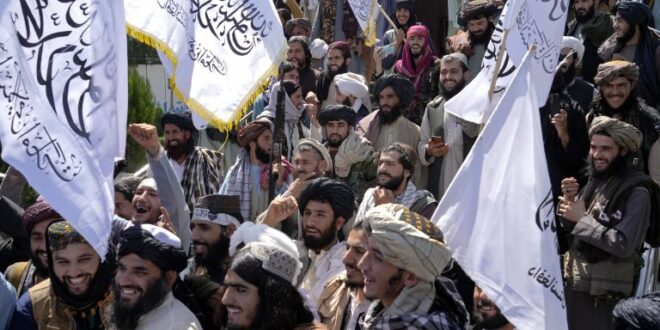 Russia’s invasion of Ukraine seems to have captured worldwide attention; yet under the Taliban, Afghanistan continues to exist in a state of ‘durable disorder,’ limping along without either fully collapsing or stabilizing.

The immediate future in Afghanistan looks bleak, with little confidence that the Taliban will be able to fix a country that seems fundamentally broken following four decades of conflict, war, and political instability.

Within Afghanistan, the Taliban has proven incapable of handling the Islamic State Khorasan insurgency, which has relentlessly attacked sectarian targets to undermine the Taliban and destabilize the country.

The one area where the Taliban has proved adept is in domestic repression, rolling back women’s and girls’ rights, shutting down protests, and intimidating demonstrators brave enough to speak out about the deteriorating conditions in the country.

The one-year anniversary of the Taliban’s takeover of Afghanistan came and went this summer without much fanfare. Russia’s illegal invasion of Ukraine seems to have captured worldwide attention; yet under the Taliban, Afghanistan continues to exist in a state of ‘durable disorder,’ limping along without either fully collapsing or stabilizing. The Taliban has failed to forge a coherent approach to the economy, significantly rolled back women’s rights, and struggled to provide security in the country and beat back the Islamic State Khorasan (ISK) insurgency, the one area where the group should be competent. And after it was revealed that longtime al-Qaeda leader Ayman al-Zawahiri was killed on the balcony of a house in Afghanistan’s capital, Kabul, it was soon apparent that the Taliban had not formally broken ranks with the transnational terrorist group, despite the former’s protestations. Al-Qaeda has been quiet since the death of al-Zawahiri, but there are still serious concerns that the group will be able to use Afghanistan to regenerate its network throughout South Asia.

Afghanistan remains incredibly fragile. With winter soon approaching, an astonishing 97% of the country is still at the risk of living below the poverty line, while food insecurity and acute malnutrition are rampant. Millions of internally displaced persons (IDPs), 80 percent of whom are women and children, further complicate the situation. Recurrent natural disasters, humanitarian crises, and widespread conflict has fueled displacement in the country, with many fleeing across borders to find safety. According to the UN High Commissioner for Refugees (UNHCR), Afghans constitute one of the largest refugee populations worldwide, with millions residing in neighboring Iran and Pakistan. As history in the region has shown, the longevity of such displacement, and the often-untenable conditions in refugee camps, can have serious security implications as stability in the country remains elusive. Sadly, the immediate future in Afghanistan looks bleak, with little confidence that the Taliban will be able to fix a country that seems fundamentally broken following four decades of conflict, war, and political instability. The Taliban’s leadership remains under sanctions and has displayed little knowledge about how to successfully manage a modern economy. Despite hundreds of diplomatic engagements since seizing power, no country has been forthcoming to officially recognize the Taliban’s government. Zabihullah Mujahid, the Taliban’s top spokesperson, has blamed the United States for the lack of recognition, complaining that “As far as recognition by foreign countries is concerned, I think the United States is the biggest obstacle.” Yet the Taliban have taken few, if any, concrete steps to prove that it is willing and able to function as a normal member of the international community.

Geopolitical events could also serve to further destabilize Afghanistan. Recent reporting by Foreign Policy suggests that Russia is attempting to recruit members of the elite National Army Commando Corps to fight alongside Moscow’s forces in Ukraine. After two decades of security cooperation, the U.S. effort to build the capacity of Afghanistan’s military and defense institutions resulted in a massive failure, which came at the cost of approximately $90 billion. Within Afghanistan, the Taliban has proven incapable of handling the ISK insurgency. In late September, an attack against an educational center in Kabul resulted in the deaths of over 50 civilians, mostly schoolgirls, who were also Shia Muslims. Another bombing several days later at a mosque near the interior ministry killed four worshippers and injured more than two dozen others. While the Taliban is unlikely to be deposed by ISK, they are similarly unlikely to extirpate their jihadist rivals. There is also a stubborn resistance movement being waged by the National Resistance Front, with linkages to Panjshir Province and former high-ranking members of the former Afghan government’s military and intelligence.

The one area where the Taliban has proved adept is in domestic repression, rolling back women and girl’s rights, shutting down protests, and intimidating demonstrators brave enough to speak out about the deteriorating conditions in the country. On several recent occasions, the Taliban have responded to protests by firing live ammunition and beating demonstrators. There have been numerous reports of abductions, unlawful detentions, and extrajudicial killings, with the Taliban responsible for carrying out raids in areas where ethnic Tajiks live. Former members of the Afghan security forces are also being hunted down and targeted for arrest. If the Taliban continues to rule with an iron fist, it could very well squander what little legitimacy it does retain with the population, leading Afghanistan to the precipice of another political and security crisis that could threaten to plunge the country back into widespread insurgency and warlord rule.