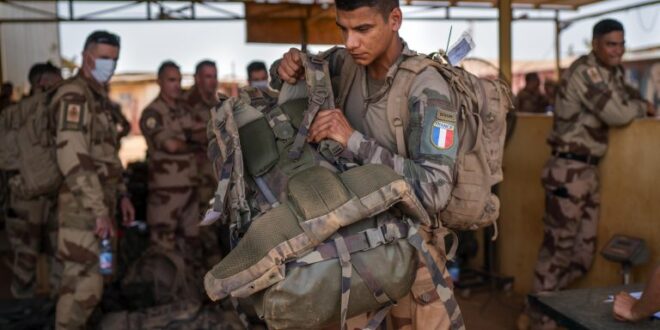 Mali and the Sahel region are increasingly the focus of counterterrorism analysts and practitioners, as the locus of jihadist activity – which is more diffuse and decentralized – moves from the Levant to Africa.

Geopolitical dynamics continue to impact the security landscape in the Sahel, with Russian private military contractors like the Wagner Group moving in to support several governments on the continent.

Last Wednesday, November 9, French President Emmanuel Macron announced the end of Operation Barkhane, the counterterrorism operation established to address the jihadist threat in Mali. The withdrawal comes after a period of deteriorating relations with the Malian junta, as well as a population that has perceived them as a colonial force that failed to protect civilians and communities from civilian violence and far more egregiously, enabled some of the excesses of the state security services according to reports. The withdrawal of Barkhane follows the termination of the Takuba Task Force, a European military force placed under French command and designed to advise and assist the Malian armed forces in coordination with G-5 Sahel partners and international actors. This does not, however, spell the end of a French presence in the region; nearly 3,000 French soldiers will remain in nearby Burkina Faso, facing its own jihadist challenges and recent coups, as well as in Chad and Niger. Moreover, French authorities have insisted that this does not signal the end of France’s counterterrorism efforts, and President Macron has indicated a new strategy will be worked out in the coming six months. “Our military support for African countries will continue, but according to new principles that we have defined with them,” he said.

The departure of French counterterrorism forces will leave the UN peace operation in Mali – the UN Multidimensional Integrated Stabilization Mission in Mali (MINUSMA) – increasingly vulnerable to terrorist attacks. Established in 2013 in response to terrorist attacks on communities and widespread insecurity in Mali, MINUSMA has approximately 17,600 peacekeepers, police, civilian, and volunteer members and is estimated to have suffered approximately 275 fatalities. Despite its presence amidst designated terrorist groups in Mali, its mission mandate is focused on support to implement the 2015 Peace and Reconciliation Agreement, aiding Mali’s political transitions and stabilizing central Mali. Notably, its mission is not to conduct counterterrorism operations; that remit belonged to Barkhane. Indeed, despite the presence of several UN peace operations – including Special Political Missions – in contexts that include designated terrorist groups, there is little organization-wide doctrine or guidance for missions on interacting (or not) with these groups or mitigating the threat. As a result, UN Missions are often reliant on other partners to conduct counterterrorism operations. However, PassBlue, an UN-focused journal, reported that the French force had provided air support for peacekeeper patrols, delivered equipment and intelligence, and assisted with medical evacuation. The latter had become even more crucial as the mission sustained fatalities owing to more sophisticated attacks and the use of improvised explosive devices (IEDs), which had reportedly doubled in 2021 from the previous year. Moreover, MINUSMA has had a fraught relationship with the Malian government. In July this year, the military-led government temporarily suspended MINUSMA troop rotations after arresting 49 soldiers from Côte d’Ivoire who it said arrived in the country without permission. Soon after, in August, Mali withdrew clearances for German flights over the country. While that decision was later reversed, it has left troop contributors and international partners wary of future support.

Mali and the Sahel region are increasingly the focus of counterterrorism analysts and practitioners as the locus of jihadist activity moves from the Levant to Africa. A more diffuse and decentralized threat from affiliates of al-Qaeda and Islamic State means that terrorist activities are increasingly intertwined with local and regional grievances and conflict dynamics. Responses are complicated by the designation of many groups by individual states or the United Nations 1267 sanctions regime. For international actors working closely with civil society partners, this can cause challenges in interactions with sanctioned groups and individuals, and result in a chilling effect among humanitarian actors wary of accusations of material support to terrorist organizations. Consideration of political engagement with jihadist actors has frequently been a contentious topic in the region. In late 2021 the International Crisis Group reported the Malian government had expressed a willingness to explore dialogue with Islamist insurgents; many perceive that such dialogue will be critical to make progress on a more long-term stabilization plan, though international actors remain wary.

Geopolitical dynamics are increasingly shaping the security landscape in the Sahel, with Russian private military contractors (PMCs) moving in to support several governments on the continent. In the Central African Republic, Mali, and now Burkina Faso, the notorious “Wagner Group,” established by Yevgeny Prigozhin, a critical ally of Russian President Vladimir Putin, has taken on the role of supporting governments and providing security. The Wagner Group has, however, been widely associated with deteriorating human rights and violence against civilians, with a number of recent massacres in Mali attributed to the group. In late March, Malian Armed Forces (FAMa) and Wagner mercenaries attacked the village of Moura, killing approximately 300 civilians in an alleged counterterrorism operation. The massacre received widespread international condemnation; yet the Malian junta has refused to grant access to Moura to U.N. investigators and Russia blocked a proposed UN Security Council (UNSC) request for an independent investigation into the killings. The increasing presence of Russian actors has led to widespread concern about the prospects of meaningful democratic transitions where ruling juntas can rely on PMCs to quell dissent and cover their actions against communities under the “counterterrorism” rubric. Experts have reported that in several countries, members of the Wagner group more than advise governments but in fact sit alongside them in key meetings with interlocutors, exerting significant influence. Moreover, Russia seeks payment in concessions for natural resources, substantial commercial contracts, or access to strategic locations, suggesting that the group is there for the long run in many places. Research by the UN Development Program (UNDP) has underscored that among one of the key drivers of radicalization and support for terrorist groups are human rights violations perpetrated by the state, or state-associated, actors. The short-term respite provided to Mali’s military rulers by Wagner may in fact be the harbinger of a much longer-term problem in a region long plagued by a combustible, often cyclical mix of insecurity, mass migration, underdevelopment, corruption, climate crises, and terrorism. 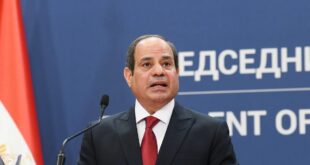 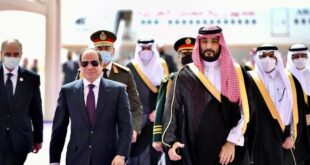 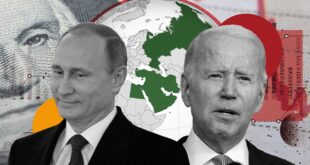