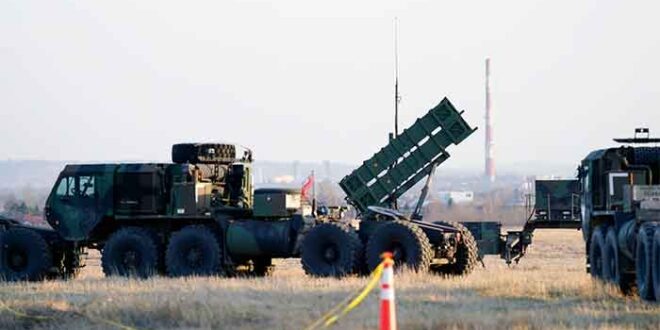 Last week, Ukraine fired at least one missile into Poland, killing two Polish civilians, with the aim of blaming Moscow and drawing NATO directly into war with Russia.

While the US and other NATO members rejected the claim by Ukraine that the missile strike was launched by Russia, the European countries have significantly increased their involvement in the conflict over the past week following the incident.

On Wednesday, the United States announced the disbursal of a further $400 million in weapons to Ukraine, including NASAMS surface-to-air missiles, HIMARS long-range missiles, antiradiation missiles, and hundreds of military vehicles.

To date, this brings the value of US weapons shipments to Ukraine to $19.7 billion, a figure the Biden administration proposed to double in a funding request sent to Congress last week.

UK defense secretary Ben Wallace announced that the UK would send a set of Sea King helicopters to Ukraine, marking the first time that London has sent manned aircraft to the country.

On Monday, Polish Defense Minister Mariusz Błaszczak announced that Germany would station US-made Patriot missiles on its border with Ukraine, raising the prospect that a NATO member might potentially shoot down a Russian aircraft operating over Ukrainian airspace.

“I will propose to deploy this system close to the border with Ukraine,” Błaszczak said ahead of his scheduled telephone meeting with German defense minister Christine Lambrecht.

Błaszczak tweeted that “the German Defence Minister has confirmed her willingness to place Patriot launchers near the border,” saying he has received the offer “with satisfaction.”

In March, Germany and the Netherlands deployed a Patriot missile battery to Slovakia, which was later joined by a US battery.

Poland had previously requested Patriot missile batteries from the United States, at a price of $4.75 billion.

The deployment of German missiles to Ukraine’s border was so provocative that even the New York Times, a leading advocate of US intervention in Ukraine, expressed concern.

In an article headlined “Missiles for Poland Raise Questions on NATO Stance in Ukraine War,” the Times wrote, “Just how risky the situation remains, however, was put into focus this week when Poland announced that it had accepted a German offer of Patriot air defense systems and would deploy them ‘near the border’ with Ukraine.”

The Times noted, “Poland’s plans to deploy [the missiles] close to the conflict zone signals growing worries that its own security may be at risk, and that the war next door could spread, by accident or by design.”

“What happens if our radar shows rockets are coming and they need to be intercepted inside Ukraine?” asked one military analyst who spoke with the Times.

He noted the possibility of “Patriot missiles operating in Ukrainian air space,” which, the Times commented “would undermine NATO’s hands-off approach to the war, and its strong commitment to support Ukraine with weapons while avoiding at all costs any involvement inside the country that could be used as a pretext by Moscow to escalate.”

Critically, the Times said it could not determine whether the missile systems would be under German or Polish control, noting, “The defense ministry in Warsaw did not respond to questions about who would be in charge.”

The United States is currently constructing a military base in Redzikowo, Poland, which the US claims is exclusively for missile defense. The facility will have the capabilities to fire offensive missiles, including the Tomahawk.

Russian officials said that the US base in Poland was a major cause of the war between Russia and Ukraine, with Russian officials claiming that if Ukraine were to join NATO, it would become a staging ground for weapons.

Earlier this year, Russian President Vladimir Putin warned that if Ukraine were to join NATO, “it will be filled with weapons. Modern offensive weapons will be deployed on its territory just like in Poland and Romania.”

Even as the US and NATO continued to use the strike on Poland as a pretext to escalate their involvement in the war, unanswered questions continued to swirl about last week’s incident.

The Associated Press announced that it had fired James LaPorta, the reporter who allegedly drafted a November 15 newsflash, based on the statement of an unnamed intelligence official, that Russia had fired the missile.

The Associated Press refused to provide any more details on who the unnamed source was, or who at the news service made the decision to publish the newsflash.

On November 16, the day after the attack, the Associated Press issued a correction to its earlier reporting, writing:

On Tuesday, the US announced the disbursement of a further $4.5 billion in economic aid to Ukraine. This followed a request by the White House, released the same day as Ukraine launched missiles at Poland, to double the total amount spent by the United States on arms shipments to Ukraine.

On Wednesday, the European Union parliament voted to designate Russia a “state sponsor of terrorism.”

At the same time, Russia continued its ongoing missile strikes on Ukrainian cities, knocking out energy infrastructure and setting off a wave of blackouts throughout the country.

Despite the obvious concerns within sections of the US and European political establishment over how rapidly the war is escalating in both intensity and geographic scale, the provocation of a major land war on the European continent risks drawing the entire continent into the spiraling conflict.

Post Views: 36
Previous Poland upsets some by rebuffing German air defense system
Next A Time for Europe to Look Inwards