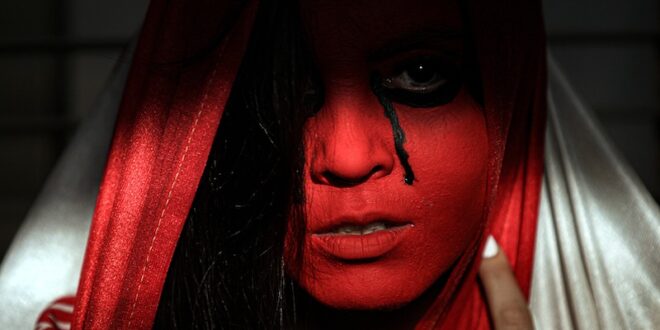 Many Iranians are characterizing what is occurring across the country as a revolution, not just scattered protests and demonstrations as the authorities insist. While revolutions have taken place in less than a month in some countries, if Iran’s history offers any guidance, a revolution there is often preceded by many months, if not years, of growing protests.

Iran’s historical, sociopolitical and socioeconomic landscapes appear to be somewhat different from those of other countries in the region, including Iraq, Syria and Lebanon. Iran has had three major revolutions since the beginning of the 20th century: The 1906 Constitutional Revolution, the oil nationalization movement led by Mohammed Mossadegh in the early 1950s, and the 1979 revolution. The mullahs’ rule is only an aberration in the larger context.

Iran is now in its third month of continuing protests. This is unprecedented in the four-decade rule of the Islamic Republic. Protesters are not asking for policy changes; instead, they are calling for regime change. As an Iranian woman pointed out in an interview with Reuters: “Hey world, hear me: I want a revolution. I want to live freely and I’m ready to die for it. Instead of dying every minute under this regime’s repression, I prefer to die with their (security forces) bullets in protests for freedom.”

The fear of a potential revolution is being felt by some of the Iranian authorities. Mohammed Reza Tajik, a member of the reformist faction, warned in an interview with the state-controlled Bahar News: “The current political situation in today’s society has passed the era of fear and entered the era of rage. The current movement is associated with a kind of happiness and zeal for life. Today’s activist is prepared to sacrifice his or her life to achieve freedom.” He added: “Today’s activist thinks only the language of anger is the solution and that other languages are not answered and are not heard. Over the years, we have planted the seeds of hate and now we are reaping a lot of wrath.”

It is worth noting that Iran’s 1979 revolution did not happen in a short period of time, unlike others such as Egypt’s 2011 revolution, which began on Jan. 25 of that year and, by Feb. 11, Hosni Mubarak had resigned as president. In fact, protests in Iran began in October 1977, nearly a year and half before the revolution, and continued until 1979, when the shah’s dynasty was overthrown.

In 1978, ordinary people and various oppositional groups came together. But the international community did not believe that these protests could result in a revolution. This is most likely due to the fact that the shah was successful in creating a desirable image of himself outside of Iran as a king who enjoyed legitimacy, a powerful military and the support of the people. However, the more the shah’s security forces killed people, the more the resistance campaign and protests grew. Ultimately, Ayatollah Khomeini’s fundamentalist organization co-opted the revolution in February 1979, after the shah had fled the country.

Today, the more the Iranian regime uses violence against protesters, the stronger the protests will get. It is worth noting that, in Iran, funeral ceremonies are held on the third day (sevom), seventh day (haftom) and 40th day (chehelom) after the burial of the deceased. These ceremonies have now become a platform for mass protests, further challenging the regime’s hold on power. As the regime kills more protesters, it is finding itself in an uncontrollable circle of rage and resistance.

Some elements of the people’s ongoing civil disobedience and resistance resemble those that existed in 1979. For instance, most Iranian people at that time were struggling to set up a representative and democratic system of governance. They were dissatisfied with Shah Mohammed Reza Pahlavi due to the widespread political and financial corruption and human rights violations.

Besides those factors, people are currently fed up with the restrictive rules imposed by the ruling clerics, the so-called morality police and the Islamic Revolutionary Guard Corps and its paramilitary group, the Basij. Many people do not want to have a theocracy that imposes its extremist beliefs and teachings on society. In addition, many people demand better living standards and economic equality.

It is ironic that the Islamic Republic, which has sought to export its revolution to other countries for more than four decades, is now resorting to every possible brutal tactic to prevent a revolution at home.