“Larijani invited the IAEA to send a team to Tehran to develop an action plan for resolving outstanding issues related to Iran’s past nuclear programme,” she said.

“The IAEA intends to send a team as early as practicable.” The announcement came as Britain and the United States are reportedly planning to put forward proposals at the UN Security Council to intensify two sets of existing sanctions targeting Iran’s nuclear programme.

The new measures would include travel bans, the freezing of bank accounts and inspections of Iranian cargo ships and aircraft.

The West fears Iran’s nuclear programme is aimed at producing nuclear weapons. Tehran insists that its ambitions are strictly peaceful, but stands accused of failing to fully cooperate with UN inspections.

“We have had a very constructive meeting, and we will meet again in three weeks’ time,” Solana told reporters after the four-hour meeting at the Portuguese foreign ministry. “We will continue on this path.” Larijani said he had had a “good conversation” during his second meeting with Solana in less than a month, adding: “I think it is possible to lay the ground for negotiations.” Last Thursday, Baradei called on Iran to declare a moratorium on expanding uranium enrichment, after a four-day IAEA meeting dominated by concern about the Islamic republic’s intentions.

Post Views: 202
Previous US says pressure must be maintained on Sudan
Next Zawahiri urges Muslims to back Hamas 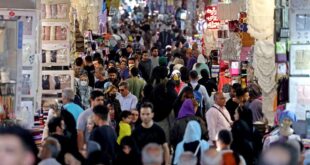 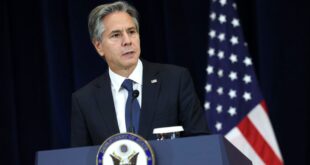 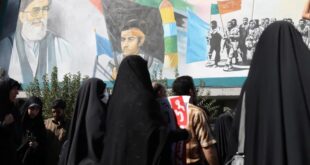