But there was no indication that meant Putin would stay on as president. Property manager Vladimir Kozhin said in an interview published on Tuesday he had somewhere else to house the next leader.

Asked by the Itogi magazine if the change of president might cause an accommodation shortage, Kozhin said: “Yes, such a question has arisen and after the election it will be necessary to solve this problem.”

“But I don’t see anything difficult here — we have somewhere to house the new head of state.”

Under a Kremlin tradition, the president is allowed to keep using the official mansion of his choice after leaving office. Putin’s predecessor Boris Yeltsin, who died this year, spent his retirement at the official Barvikha residence near Moscow.

Putin, who is set to step down in May next year after a March presidential election, has used a sumptuous Kremlin residence called Novo-Ogaryovo, located to the west of Moscow.

His presence there has made the area around it into a real estate hotspot, with Russia’s political and business elite paying huge sums to buy property there.

Putin has used Novo-Ogaryovo to host world leaders such as U.S. President George W. Bush and French President Nicolas Sarkozy. Kremlin insiders say in his spare time he likes to drive around its extensive grounds.

The Russian constitution bars presidents from serving more than two consecutive terms. Putin has said he will step aside for someone else, but there has been speculation the popular 55-year-old might stay on.

Asked in the interview if he knew who would succeed Putin, Kozhin said: “No, I don’t have any names hidden in my safe.” 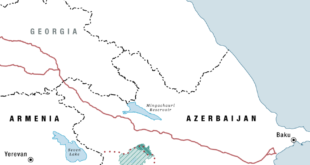