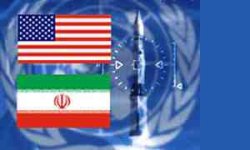 TEHRAN (FNA)- Iran slammed the recent comments made by the US Secretary of State Condoleezza Rice, saying they are in line with Washington’s spiteful policies.

Rice, at a meeting in New York on Tuesday, said, “All there expressed their concern about Iran’s nuclear policies and its regional ambitions.”

She added that the Arab diplomats and the five permanent UN Security Council members reached a consensus to regularly discuss ways to resolve the standoff over Tehran’s uranium enrichment.

However, Iran’s mission to the UN, in a statement, rejected Rice’s comments as “baseless allegations” against the Islamic Republic, saying her remarks are made to distort realities about Tehran’s peaceful nuclear activities and its constructive ties with regional countries, press tv reported.

“It was not the first time that the US administration held such unnecessary meetings to discuss issues that have nothing to do with security in the region. The meetings are held to divert the attention of the international community from the Zionist regime’s crimes in Palestine, particularly in Gaza,” said the statement.

The statement added, “Regional countries are aware of US conspiracies and are concerned about Washington’s interference in the region. The US pursues its political aims in line with the interests of the Israeli regime in the Middle East.”

Washington and its Western allies accuse Iran of trying to develop nuclear weapons under the cover of a civilian nuclear program, while they have never presented any corroborative evidence to substantiate their allegations. Iran denies the charges and insists that its nuclear program is for peaceful purposes only.

Iran insists that it should continue enriching uranium because it needs to provide fuel to a 300-megawatt light-water reactor it is building in the southwestern town of Darkhoveyn as well as its first nuclear power plant in the southern port city of Bushehr.

Iran currently suffers from an electricity shortage that has forced the country into adopting a rationing program by scheduling power outages – of up to two hours a day – across both urban and rural areas.

Iran plans to construct additional nuclear power plants to provide for the electricity needs of its growing population.

Political observers believe that the United States has remained at loggerheads with Iran mainly over the independent and home-grown nature of Tehran’s nuclear technology, which gives the Islamic Republic the potential to turn into a world power and a role model for other third-world countries. Washington has laid much pressure on Iran to make it give up the most sensitive and advanced part of the technology, which is uranium enrichment, a process used for producing nuclear fuel for power plants.

Washington’s push for additional UN penalties contradicts a recent report by 16 US intelligence bodies that endorsed the civilian nature of Iran’s programs. Following the US National Intelligence Estimate (NIE) and similar reports by the IAEA head – one in November and the other one in February – which praised Iran’s truthfulness about key aspects of its past nuclear activities and announced settlement of outstanding issues with Tehran, any effort to impose further sanctions on Iran seems to be completely irrational.

The UN nuclear watchdog has so far carried out at least 14 surprise inspections of Iran’s nuclear sites so far, but found nothing to support West’s allegations.

Also in another report to the 35-nation Board of Governors, IAEA Director General Mohamed ElBaradei confirmed “the non-diversion” of nuclear material in Iran and added that the agency had found no “components of a nuclear weapon” or “related nuclear physics studies” in the country.

The IAEA report confirmed that Iran has managed to enrich uranium-235 to a level “less than 5 percent”. Such a rate is consistent with the construction of a nuclear power plant. Nuclear arms production, meanwhile, requires an enrichment level of above 90 percent.

The Vienna-based UN nuclear watchdog continues snap inspections of Iranian nuclear sites and has reported that all “declared nuclear material in Iran has been accounted for, and therefore such material is not diverted to prohibited activities.”

Mohammed ElBaradei, chief of the International Atomic Energy Agency, recently said that Iran remains far from acquiring capabilities to develop nuclear weapons as it is still lacking the key components to produce an atomic weapon.

“They do not have even the nuclear material, the raw unenriched uranium to develop one nuclear weapon if they decide to do so,” said the head of the UN nuclear watchdog agency.

Observers believe that the shift of policy by the White House to send William Burns – the third highest-ranking diplomat in the US – to the latest round of Iran-West talks happened after Bush’s attempt to rally international pressure against Iran lost steam due to the growing international vigilance.

“Dialogue between countries in the region is better than pressure from outside,” he said, delivering an opening speech at the World Economic Forum on Europe and Central Asia.

Nations in the region could likely find solutions to Middle East conflict and tensions in Iraq by working together and without external pressure, Erdogan said.

In August, Turkish President Abdullah Gul said that Ankara would not be influenced by others in its relations with neighbors. Gul described the expansion of regional ties as natural, saying that “for Turkey what other countries think is of no importance.”