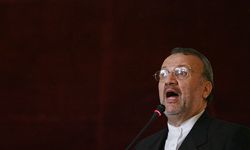 Mottaki made the remarks in a meeting with Switzerland’s new ambassador to Tehran Livia Leu Agoati after he received the diplomat’s credentials.

He described Tehran-Bern relations as centuries-old, saying that an expansion in relations would benefit both nations and their governments, Tehran Times reported.

The Swiss Embassy in Tehran represents the US interest section in Iran as Tehran and Washington has no diplomatic relations.

Mottaki pointed to the prominent role of Switzerland at the international stage and expressed hope that efforts made so far by world countries will put an end to the disastrous situation in Gaza, in particular the massacre of innocent children and women.

Agoati, for his part, said that Switzerland is pursuing humanitarian activities in Gaza and had so far issued three statements calling for a halt to the conflict in Gaza.