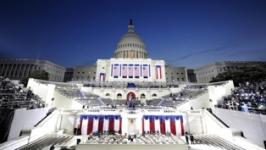 Macedonia looks to the inauguration of Barack Obama with some trepidation about a possible shift in the United States’ position on the name dispute with Greece, while Athens appears quietly confident that the new US president will be more sympathetic to its stance.

Athens and Skopje have been locked in a diplomatic struggle over Macedonia’s name since the country broke away from socialist Yugoslavia in 1991. Athens argues that the use of the name Macedonia implies territorial claims towards its own northern province that is called the same.

Washington recognized Macedonia under its disputed name during George W. Bush’s second term in office, leading Macedonians to view his Republican party as more positively inclined towards them.

Many fear that Obama, being a Democrat, might reverse that policy, and find cause to worry in him having signed a pro-Greek initiative back when he was a senator.

In a report before the US election, the British magazine The Economist said Obama would win everywhere in the world except in Macedonia, Georgia and Andorra, while his backing among Greeks came in at 91 percent.

Athens has shown itself quietly confident and even cautiously optimistic. Commenting on the election of Obama as President, Greek Foreign Minister Dora Bakoyannis said his election was hopeful for Greece. She pointed out that he had supported all resolutions and proposals that were in line with Greek interests as a senator, even referring to Macedonia as ‘the Former Yugoslav Republic of Macedonia (FYROM)’ — the name it is using in the UN and other international bodies at Greece’s insistence.

Prime Minister Kostas Karamanlis has also said that he has spoken to Obama, and was told that the new President appreciates the support he received from the Greek-American community.

With Obama preparing to take his oath of office later on Tuesday, politicians in Skopje said that a radical shift in the US foreign policy on the Macedonia issue is unlikely.

Macedonian Foreign Minister Antonio Milososki said that the new US administration consists of people who know well the situation in south Eastern Europe, and “this could be an advantage that we might use.”

“We will continue using consultancy to get in touch to the new administration and most importantly we will bring our political decisions that concern the US in close cooperation with them,” Milososki recently told local A1 TV.

Andrej Zernovski, a legislator from the opposition Liberal party said “the head of the US liaisons office for south eastern Europe assured us that US foreign policy towards this issue will stay the same when Obama steps in to office.”

Former minister and Social Democrats MP Radmila Sekerinska noted that the appointment of Hilary Clinton as the head of US foreign policy was also a good omen.

“Her supporters, her family and husband played a great role in settling the Balkan crises in the past”, she said, referring to Bill Clinton’s role in ending the Kosovo crisis.

Sekerinska added that the support of the Republican former United States Secretary of State Collin Powel for Obama’s presidency was a good sign, because “Powel was one of the strongest supporters of Macedonia and according to many the decisive factor for the US recognition of our constitutional name.”

The name dispute has also been one of the main stumbling blocks on Macedonia’s path towards joining the European Union and NATO. Greece blocked its NATO membership last year and Brussels is yet to set a date for membership talks to begin for Macedonia, which was made an official EU candidate in December 2005.

A new round of UN-mediated talks between the two states has been scheduled for next month. But with both countries engaging in a constant campaign of mutual aggravation and Macedonia’s lawsuit against Greece kicking off at the International Court of Justice, observers expect little more that diplomatic niceties.