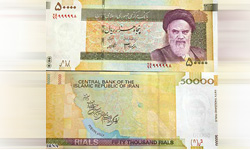 TEHRAN (FNA)- Iran’s Parliament on Monday approved a plan for opening of joint branches of Iranian and foreign banks and insurance companies in several free trade zones across the country.

Hamidreza Khabbaz, rapporteur of the Parliament’s Economic Commission, said in an exclusive interview with the Islamic republic news agency that the parliament made the decision based on article 28 of the Free Trade Zones law.

According to the parliamentarian, the committee also reviewed the bill on target-oriented subsides and rejected it.