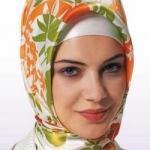 The case of a teenage girl who wants to wear her headscarf to school is creating waves in Macedonia, with educational authorities, local officials and teachers locked in a tug-of-war over religous freedom and the right to education.

The girl, who attends a high school in the western Macedonian town of Tetovo, a predominantly ethnic Albanian area, wanted to wear her head scarf over her school uniform. After several warnings, the head master Ljatif Ismaili banned her from class until she removes the headscarf during school hours.

The girl then complained to Tetovo mayor Hazbi Lika, who used his authority to sack Ismaili

But once the State Education Inspectorate reviewed the case, it ordered that Ismaili be reinstated immediately to his post, saying he was right to act in accordance with school regulations, passed by the parents’ association, banning religious and national marks inside school building.

“If the mayor does not comply, we will take away his competence (to appoint and fire headmasters)” the head of the Inspectorate, Robert Georgiev, told local Vreme daily on Wednesday.

Macedonia’s Tetovo area was the site of an uprising by the Albanian minority in 2001, and ethnic relations are still fragile. Almost all ethnic Macedonians are Orthodox Christians, and the 25-percent Albanian population is mostly Muslim, generally more devout than the highly secular Albanians in Kosovo and Albania proper.

The Inspectorate conceded that the law does not specifically prohibit wearing religious marks in schools. However, it added, since the pupils in that particular school are from different ethnicities and religious denominations, the headmaster thought that such an overt display of faith would harm the cohesion of the school, so he acted according to the statute that the parents themselves approved.

Commenting on the Inspectorate’s decision, the head of the sector for religious education of Macedonia’s Islamic Community, Jakup Selimovski, disagreed, arguing that the schools regulations cannot overrule the state law on freedom of religion and the right to education.

“The scarf is a religious mark,” Selimovski said. “A (Muslim) woman is obliged to cover her head and no one should prohibit a Muslim girl from education because of this.”

The right of Muslim women to wear headscarves is a hot topic in many European countries with minority or immigrant Muslim populations, as well as in Turkey, where the state is secular but most of the population is devoutly Muslim. France for example insists on secularity and bans wearing scarfs in state institutions.