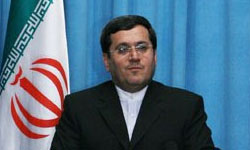 TEHRAN (FNA)- Iran underlined that its first home-made satellite ‘Omid’ (Hope) which was launched on Tuesday has no military purposes.

He reiterated that the satellite has no military purpose and it’s a technical achievement.

Iran successfully sent its first domestically made satellite into orbit, heralding a new era in the country’s space program.

The satellite was launched early on Tuesday after Iranian President Mahmoud Ahmadinejad gave the order to proceed.

Omid was sent into space by the Iranian-produced satellite carrier Safir 2 (Ambassador-2) rocket, which is an upgraded model of carrier Safir 1.

Equipped with two frequency bands and eight antennae, Omid will transmit information to and from earth while orbiting the planet 15 times per day.

Omid is a research satellite that has been designed for gathering information and testing equipment. After orbiting for one to three months, Omid will return to earth.

Omid carries experimental satellite control devices, communications equipment and power supply systems to a distance of 250 to 350 kilometers from the earth’s atmosphere.

The launch of Omid comes amid celebrations of the 30th anniversary of victory of the 1979 Islamic Revolution.

Iranian President Mahmoud Ahmadinejad in a message congratulated the nation on the new aerospace achievement and emphasized, “Dear people of Iran, your children have sent Iran’s first domestic satellite into orbit… May this be a step toward… justice and peace.”